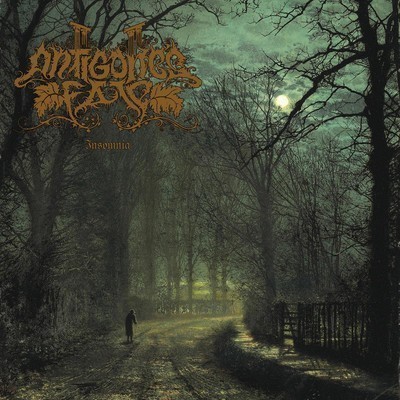 ANTIGONE’S FATE was founded in 2015 as a side-project by multi-instrumentalist Ruun, when the newly written songs - all of which created during a difficult phase of Ruun’s life – turned out to be too out-of-character for his other bands. Thus, while initially being created only for himself, a lot of the ANTIGONE’S FATE material withered away on his hard disc without Ruun considering an actual album release. When, in 2017, he began writing new songs for one of his earlier bands, it turned out that during this previous stage of personal development he had actually moved too far away from the band in terms of subject matter and style. The logical consequence of this process was to reactivate ANTIGONE’S FATE – and not just in order to release the already written material, but as a long-term outlet for his creativity. Consequently, „Insomnia“ can be seen as a conceptual first sign in the life of ANTIGONE’S FATE. Yet in spite of that, it remains only a fragment of the whole which led to the project’s founding, and the coming years hold the possibility of assembling previous chapters, while also working on brand new material, and thus eventually closing the circle of past and future. ANTIGONE'S FATE is recommended for fans of Gallowbraid, Vallendusk, Agalloch, Nagelfar, Empyrium, Horn and similar bands.