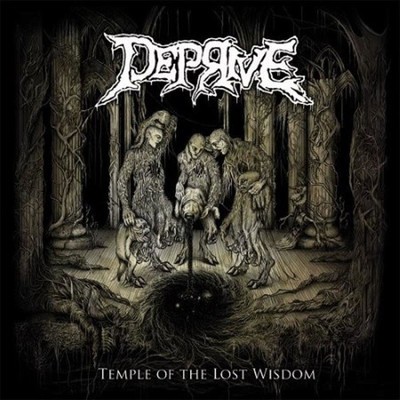 One year after unleashing a promising debut full-length, Deprive is back with a sophomore album that strengthens all the attributes displayed on the critically acclaimed "Into Oblivion", only supplied with an even danker and more organic production that absolutely sets it apart from the current, plastic standards and will carry the listener back to a time when no digital tricks would spoil the soul of Death Metal. Formed in 2013, Deprive is the brainchild of a hyperactive veteran of the Spanish scene that goes under the nickname of Erun Dagoth, current/past member of a large number of bands and projects such as Briargh, Hrizg, Stormstone, CrystalMoors, Eldereon and Omendark, just to name a few. Drawing his influences from the early offerings of bands such as Paradise Lost, Hypocrisy, Morbid Angel, Amorphis, Incantation, My Dying Bride, Cemetary and Bolt Thrower, Erun Dagoth manages once again to display a vast array of resources that makes his music gloomy yet luminous, crushing yet emotional, capturing the very essence of the old-flavored, early and mid 90's Death Metal that used to toy with slower, doom-ish tempos to enhance the atmosphere. Produced in its entirety by Erun Dagoth himself, except for the artwork (handled by the talented Spanish artist Enserune), "Temple of the Lost Wisdom" is not just a great follow-up to "Into Oblivion", but a truly remarkable album that perfectly and honestly captures the vibes of yore, keeping them somewhat fresh and relevant for all true Death Metal fans to rejoice in.