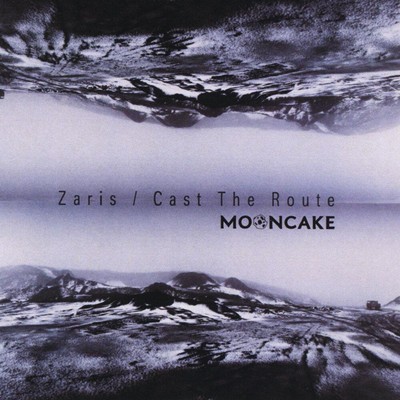 Mooncake is a Russian post-rock band founded in Moscow early 2006. Since then Mooncake has been permanently performing at top Moscow clubs and festivals, toured Russia and Ukraine, shared stage with such bands as God is an Astronaut, Explosions in the sky, Caspian, Russian circles and finally became the leader of Russian instrumental and post-rock music scene. In five years time the band released three EPs and one full length album, which were warmly welcomed both by listeners and critics all over the world. Zaris / Cast The Route is the newest Mooncake’s 4 songs’ EP that contains two records – Zaris (2010) and Cast The Route (2009) - and draws the musical contour of the band’s upcoming second album. TheSillentBallet.com - the largest resource on instrumental music – highly graded the band’s last efforts: “Mooncake is taking a gi-fucking-normous step in the right direction by rebooting its self-titled track from More Oxygen with a newfound horn presence. <…> Couple this with the strings in "Zaris" and Cast the Route, and suddenly Mooncake has stitched together quite a fantastic EP. Someone should put this out on vinyl, because I want a copy. After a successful debut album, Mooncake has released a single that points toward changes in the near future. I'm more excited about this band than I've ever been. Cast the Route witnesses a sophisticated band that has defeated its demons and seemingly nothing is standing in its way for a knockout sophomore album. Russia has long been waiting for a band to champion over its Western competition. In a few years time, Mooncake may be that band.” Mooncake is sometimes compared to Pink Floyd or Mogwai but the band has made a name for itself having developed its own style and became quiet popular among connoisseurs of genre both home and abroad. Catchy melodies, atmosphere, the ideal balance between rapture and grief: all this has always been Mooncake's distinctive feature.