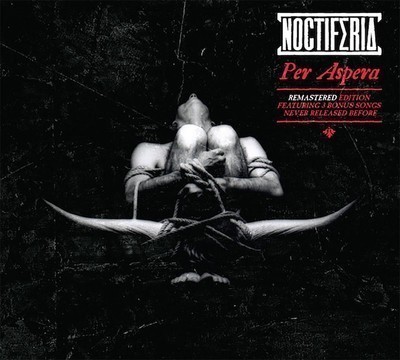 In 2002 it was time for second Noctiferia album that they entitled Per Aspera. This effort presented Noctiferia as mature death / black metal act and gained them worldwide attention. Per Aspera was critically well acclaimed and touring over Europe with bands like Marduk, Kataklysm, Immolation, Aborted and Malevolent Creation followed. Noctiferia achieved something almost impossible with the video for song Fond Of Lies as it was charted #1 for 8 weeks on Slovenian national TV. Per Aspera is one of the most important milestones of Slovenian metal, a mix of Morbid Angel and Emperor … something for all extreme metal fans! This re-release contains 3 demo tracks that were recorded in 2000, with the original singer of the band. These songs were later reworked and released on Per Apera. Slovenska morbida re-release includes 3 remixes of tracks from the album.