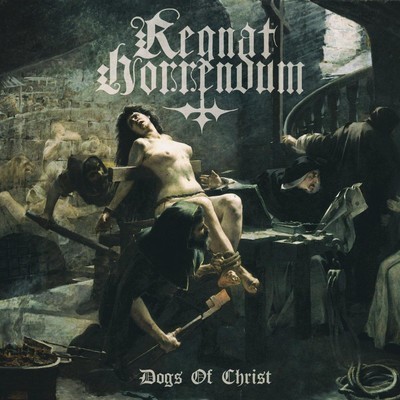 As its name suggests, the second full-length album of this duo from Kaliningrad is dedicated to spiritual matters. Musically it is a combination of black metal and pagan metal already familiar from the later works of HOLDAAR – the previous project of these musicians – enriched and flavored with orchestrations. Although black metal constituent of the project has remained evident – tough guitar lines, blast beats and screaming – the material is rather melodic and symphonic in the classical sense. As compared to the debut, the music of REGNAT HORRENDUM has become more hasteless, bombastic and epic. The songs were composed in a coherent manner in order to be perceived as one integral musical canvas. The album is based on a certain concept and general idea. Traditionally the lyrics are in Russian, allowing native listeners to experience the atmosphere of clerical dictatorship and religious intolerance to the full extent.