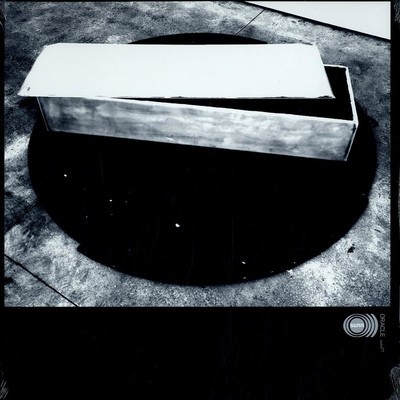 This is the 2xCD album released during Sunn O)))'s tour in Australia with Boris. Limited to 2000 copies only. Liner Notes: 'ORAKULUM was originally composed for a live performance collaboration with the New York sculptor Banks Violette at the Maureen Paley Gallery in London, June of 06. Violette created sculptural representation of SUNN O)))s [sic] entire backline in cast resin and salt, including amplifier stacks, instruments, effects & accompaniments. In addition, black laquered stage platforms and sound panels were created as a basis for the groups [sic] actual backline setup, and a selection of drawings were presented within the context. The result of this performance and collaboration, which was conducted in a sealed gallery space, was intended to generate a feeling of absence, loss and a phantom of what once was. Along with the experiment BELÜLROL PUSZTÍT, it is intended as a document of SUNN O)))s [sic] interpretation of such said collaboration. HELIO)))SOPHIST is an audial collage comprised of performances in Europe from July 05 and appears solely in this edition.' Special thanks to Banks Violette & Maureen Paley. MAXIMUM VOLUME YIELDS MAXIMUM RESULTS.