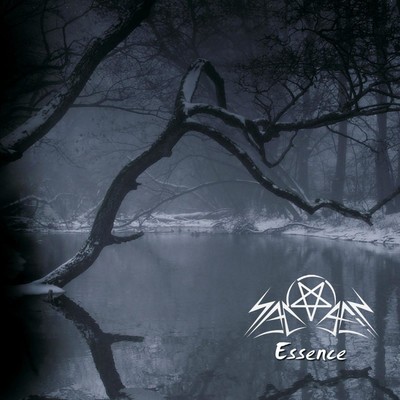 A full-length album from an Armenian musician presents atmospheric material in the vein of Until Death Overtakes Me. Being mysterious and sorrowful it combines ambient and funeral doom. Being mostly based on keyboards the album creates dark and beautiful atmosphere featuring I.S. Bach citations in the one of compositions.

Sadael is a one-man band formed in 2004 in Yerevan (Armenia). The band's music is a Dark blend of Ambient/Instrumental/Black Metal and Funeral Doom Metal. I first got to know Sadael through a split with the American Ambient/Drone Doom project known as Desolation. I only recently got to hear a new release from Sadael titled "Diary Of Loss" when a another new album "Essence" arrived on my doorstep, this one released on the Solitude Productions label. "Essence" is a very Black Metalish kind of Funeral Doom with a classical edge which seems to be inspired by J.S Bach. The other album I recently heard, "Diary Of Loss" made me feel rather restless as it seems to be a tiresome album for the most part and this new one has given me pretty much the same feeling despite such great passages of music.

The album is centered around three really long, very drawn out out pieces, "Misanthropy March", "Judgement Day" and "Thoughts Of Suicide", these three songs take up over 30 minutes of the 44 minutes even though there is 7 songs in total. While the atmospheric ambiance on the album is very dynamic, the songs tend to drag with lack-luster keyboards that are rather un-spectacular to say the least. Strange to also say that the most interesting track "Essence" is also the shortest track at only 2 minutes in length. I must point out that its not all bad, its just a case of the good passages being too short while the longer sections just get tedious. A highlight comes also in another short track in "Particles", its very different compared with what else is on the album so maybe that is why I find it so interesting and entertaining. Its a diverse piece which sits awkwardly along side the rest of the album which is for the most part, very tiring.

Despite all this, "Essence" does have its fair share of golden Funeral Doom moments, parts of "Misanthropy March" are awesome in their dark atmosphere while the second track "Never" takes the classical elements of Bach and is a dynamic track. About half of this album is great but the other half is on the tedious end of the Funeral Doom spectrum but judge it for yourself.

Another one-man project, this time from Armenia, I think my first encounter with Armenian Metal. This time around we are greeted by slow, droning, heavy and raw Funeral Doom with some minimalistic Ambient touches. This is the type of music that I thoroughly enjoy. Slow, monotonous, bleak and harsh Funeral Doom, pulling you further into the abyss. I especially like the rawness and the primitive nature of the recording and music, it is very basic, but done in such a way that it never gets boring. Great stuff.