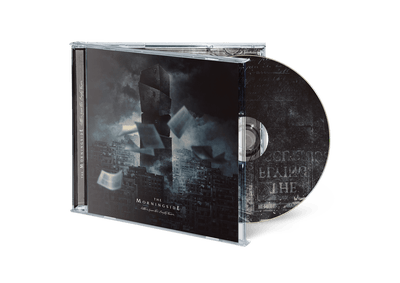 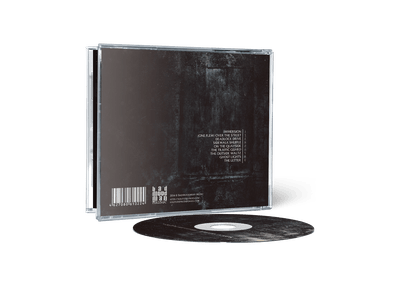 The new work of the Moscow quartet The Morningside, with all recognizable features of the band, demonstrates the brand new facets of their creativity. This concerns a material itself which is much more aggressive than ever, and how the material is presented to the listener. The arrangements , the sound and the lyrics of the album, and even design the booklet say that Letters From The Empty Towns is not an evident successor to any of the previous works of the group. Album is devoted to the theme of fragmentation, isolation and loneliness, perceived by a metropolis inhabitant, offers a palette of moods: from rage, suicidal despair and black humor to light sadness with a touch of escapism typical for the band works. Starting a voyage from the first to the final, ninth track, you, on the one hand, constantly feel like being inside a submarine called The Morningside, with boards painted in the color of autumn leaves. On the other hand, you understand that this boat can run dangerously close to the territorial waters controlled by the monsters of thrash / death metal, then quietly slip under the keels of the mossy sailing frigates, whose saloons sound like acoustic versions of Pink Floyd with interludes of lute music of the XVII century. In short, this album is equally recommended to old group fans, and those who choose it for the first acquaintance with the work of The Morningside.

It's amazing how a band can reinvent itself and be reborn as a total different musical entity. Case in point: The Morningside. Those who are familiar with the band's debut album _The Wind, the Trees and the Shadows of the Past_ would surely remember it was one of the most inoffensive, pedestrian and rehashed offerings of 2007; an album that has made me lose all interest in the band's future endeavors.
Then came _Letters From the Empty Towns_ and reshuffled the cards. From the get-go, will you realize the band has changed its attitude 180 degrees; from that mellow, flimsy, second-tier, doom-oriented version of Agalloch (sans their greatness), a beast has arisen, a vast and powerful entity of scorn and hate that is nothing like what it was seven years ago. _Letters From the Empty Towns_ presents a vile, thrashing monster with great, catchy songs, a theatrical performance and sweeping aggression that will take you by surprise and bolt you to your chair for one crazy ride.

The Morningside has adopted a sharp, edgy, treble-heavy sound that is very much akin to the aesthetic of latter-day Carcass (think of the rhythm guitar sections of _Swansong_ in particular); but the band couples that approach with some excellent melodic death metal paradigms that are more than reminiscent of Death's 1998 swansong -- the phenomenal _The Sound of Perseverance_. In fact, some riffs, or sections of riffs, seem to have been almost plagiarized from that album. But rest assured, this album is eventually a unique voice and pretty much straightforward, neglecting most of Death's brand of technical metal and instead investing more in melody and great guitar leads.

The many guitar parts -- leads, solos, a whole string charade -- lend the music a somewhat cinematic, theatrical, even avant-garde flair of sorts, and when those dark-cabaret / circus elements coalesce with the raspy vocals, you may think you're actually listening to the next Sigh album, as there's a lot of (probably unconscious) influence going on in _Letters From the Empty Towns_, especially if you refer to Sigh's last three studio albums.

The album has many positive points and enough a character to dodge any blatant copycat charges. The writing ability is elevated and very easy to relate to; some of the riffs are simply divine and exhilarating; the production is diamond-sharp, crisp and crystal clear, and the vocalist gives one of the most vitriolic performances a recording can endure.

_Letters From the Empty Towns_ is a story about urban decay and disturbed existentialism in a crumbling, cold post-modern world obsessed with technology; it is about the longing for some peace of mind and quiet in a constantly noisy, troubled world. You'd find it pretty easy to relate to those texts if you were conscious enough and aware of the human condition in the context of a money-obsessed, desensitized, technology-driven society that has long since neglected the simple joys of life, detached from the natural world, congregating in mega-cities that are crumbling and in the process eradicating the soul.

This album portrays those sentiments so well, using fierce quality texts that pierce with their brutal truths; a clarion call by the contemporary heralds of doom. The Carcass / Death / Sigh references add both aggression and sophistication to the message and the extra unique ingredients, like the fine guitar leads, the acoustic guitar-driven folk rock insinuations and the sublime catchy songs that mix both hostility and melody into a complete and perfect display of power and beauty -- make this album one of the most rewarding listening experiences of 2014; a tour-de-force of melancholic introspection and acute angst toward the human condition.

"Stop shouting in my ear! Hey, blockheads, do you all here ever shut up? I'd like to hear my thoughts."

I had never heard of this band before, man was I in for a surprise. The Morningside started life in 2006 in Russia having gone by different names over an earlier period of time. ‘Letters from the Empty Towns’ is not a natural successor to their previous releases, as the band have gone through some development, this is one of those releases that genuinely changes your mood and increases your appreciation with each subsequent listen.

‘Sidewalk Shuffle’ blends the melodic death metal gnarl of 90’s Carcass releases (‘Heartwork’ to ‘Swansong’), whereby vocally there is a comparable vocal snarl. Guitar wise, there are complex but controlled guitar riffs that really create a genuine level of envy, its sounds so easy, but these arrangements are truly majestic in places with a certain aggressive stance. For further musical genius and interpretation you should listen to tracks like ‘Deadlock Drive’ and ‘One Flew (Over the Street)’. These have some amazing and soul searching guitar pieces, very much in the progressive death metal vein off Death (the ‘Symbolic’ to ‘Sound of Perseverance’ era) developing a level of relaxation and appreciation mixed with the chaotic extreme form of progressive but melodic death metal, or rather as the label states “melancholic metal”.

‘The Letter’ is an emotive piece of tranquillity that is laden with heartfelt emotion, you feel some pain and you live the lyric for the band whilst the poignant instrumental ‘The Outside Waltz’ provides a perfect balance to this release, a stepping stone to a different level of the release leading to its ingenious form of closure.

‘Letters from the Empty Towns’ has so much variation, so much talent, with arrangements that are interesting and very much in depth, and the cool trick is being able to take you as the listener with them on their musical journey. I have thoroughly enjoyed this release, it’s an album that you can live with on so many different levels and you take a different piece of your mind with you with each listen. Whilst I wouldn’t call this thinking man’s metal, it’s not virtuoso and pompous at all, it is an extreme form of music delving into the very minds of these extremely thoughtful individuals. You have to listen to this!