Cart is empty
Cart is empty
View cart
Checkout
Home/Label Releases/BadMoodMan Music/The Morningside - The Wind, The Trees And The Shadows Of The Past (CD) 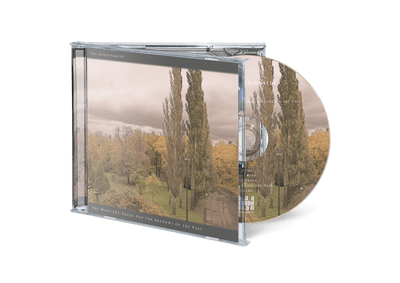 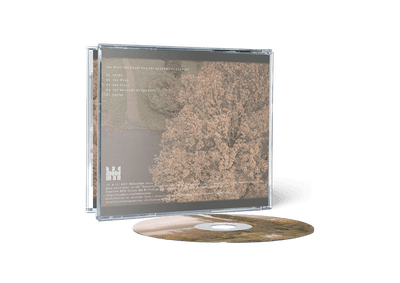 The debut conceptual album of Moscow band The Morningside unwraps before the listener the cloth which has embodied all shades of autumn, filled by light grief and a melancholy. The rich musical material has incorporated set of black metal and doom metal styles. The Morningside music will suit fans of Katatonia ("Brave Murder Day" period), Agalloch and Opeth, and everyone who like dark, sincere music.

The Morningside are four guys from Russia, started in 2006 with The Morningside. In 2007 their debut album is released named "The Wind, The Trees And The Shadows Of The Past" a conceptual album about all shades of autumn, filled by light grief and a melancholy.
The album has it roots in melancholic doom metal with a dark atmosphere. The Morningside also adds influence from black metal in the desperate and demonic vocals. Mostly it is instrumental with great atmosphere in long duration songs. But the length of the songs are no problem as the emotion in the songs is well balanced and gently flows like a peaceful river.
The band refers to bands like Katatonia and Opeth and in this corner you have to put them. Nice debut album for a long and lonely evening.
Solitude Productions 21.10.2009, 23:37
Review
Harm.us
13.02.2008

"The Wind, the Trees and the Shadows of the Past" is the 2007 debut from Russian outfit, The Morningside. In my opinion, this is one of the best albums i've ever listened from a Russian metal band. Very close to the style i like and with really good songs

Atmospheric doom metal is the genre they are into and more specific with many influences from the sound of Agalloch and especially Katatonia. They blend crushing riffs with acoustic melodies in an excellent way and the result is very good. I think the better way to describe The Morningside's music to you is the following: imagine Agalloch cover Katatonia's "Brave Murder Day" in their own style. That's it.

Fans of the style should check this album out. I'm sure you'll have a pleasant listening. If The Morningside manage to acquire a more personal sound in their next albums then we will have one more great band in this sound

Labeling The Morningside proved to be a rather time-consuming endeavor. No, it’s not just another pure and “traditional” doom act. In fact, on “The Wind the Trees and the Shadows of the Past” there is a range of different influences to be heard. The advanced guitar play sometimes sounds rather progressive in nature – with a big twist of doom of course! The vocal is rather raspy, almost like in black metal (think of Ancient’s Aphazel). At times – like on “The Wind” – the mood is quite uplifting and the song swerves towards gothic-rock. The drumming, on the other hand, is slow-tempo and can be labeled traditionally “doomy.” In general, the music is quite beautiful. There are the slower, doomier parts and then there are the heavier bits. Although quite atmospheric and emotional, the music wasn’t quite as melancholic as is usually the case when it come to doom metal – perhaps this is the reason for my ongoing confusion as how to describe this band accurately. I think this is purely because of those progressive elements (when it comes to the rhythm mostly) that, at times, seem to linger in the air. Don't get me wrong: the album is quite breath-taking and has its beautifully and emotionally magnificent moments. However, this is not an element that is present throughout the whole abum. Nonetheless, I highly enjoyed this “nouveau doom.” “The Shadows of the Past” is a passionate and melancholic track which incorporates clean vocals solely. This is a track that reminded me a little of Katatonia; perhaps this is my favorite track off the album (for said melancholic feeling).

In short, The Morningside is quite experimental (in my opinion) and does not oblige under one specific style. They seemed to have incorporated a different amount of richly filled musical styles, from melodic black metal, to prog, to doom metal. Impressive, I say, for it goes to show that music is an ever-rotating, constantly changing universe where the fittest aren’t afraid to grasp and experience said concept. Having only experienced 3 full tracks (there’s an intro and an outro as well on the album), I can’t wait to hear what these Russians will concoct next time around. Whatever it is, I’m sure it will be good. “The Wind the Trees and the Shadows of the Past” is an impressive debut album. For fans of Katatonia, Opeth, Agalloch and everyone who likes doom or dark music, be sure to check this great release out.

I’d seen mention of this band a few months before I got the promo. With comparisons to AGALLOCH, OPETH, and KATATONIA, Russia’s THE MORNINGSIDE was all set to fail to pass a bar set unfairly high. Now that I have heard “The Wind, The Trees, And The Shadows Of The Past” (come on, that’s not an album title, that’s practically the tracklist!), I have to say that I’m really not hearing the OPETH and KATATONIA comparisons, but there is something to this AGALLOCH comparison, but this is still a good and a bad thing.

Honestly, my opinion of this album the first time I listened to it was the rather glib “It’s like somebody took FALL OF THE LEAFE’s ‘Evanescent, Everfading’—the song, not the album—and made an entire album out of it.” For those of you who haven’t heard “Evanescent, Everfading”, substitute the second half of IRON MAIDEN’s “Afraid To Shoot Strangers.” Of course, that’s not fair. While the guitar-driven sound does have a highly melodic quality, like the two previous mentioned pieces, it’s not quite so dreamy. The three titular songs are all long, between 9:55 and 12:40 and are almost all guitar solo. You won’t find any shredding, but AGALLOCH-style cascades that seek to capture the mood and melody of the wind, the trees, and the shadows of the past.

But unlike their Pacific-Northwest counterparts, THE MORNINGSIDE really only has two speeds; their normal mid-to-slow, gentle inspection and their clean, guitar-only introspective parts. The opening of “The Shadows Of The Past” seeks to combine the two, but it almost gets to the point where you can predict the breaks. Vocals, by Igor’ Nikitin (also one of the guitarists) are usually of the one-dimensional Black variety with some unremarkable clean singing in “The Shadows Of The Past,” acceptable but by no means pushing the envelope. Though the songs are never really repetitive, at times they don’t stand out. The album very easily loses your attention if used as background music.

All in all, this is actually really promising. Like I said, it is a gentle album, so don’t expect anything extreme, but if you like melody in your nature worshipping then this album can be quite rewarding. At worst it’s mild white noise and at best it’s beautiful and profound. But it’s a debut album and so it’s natural that the band has room to grow and develop. I have to say that I am excited to see where they’ll go. Definitely a band to keep an eye on.

As of this writing, portions of all the songs can be streamed from the band’s website.