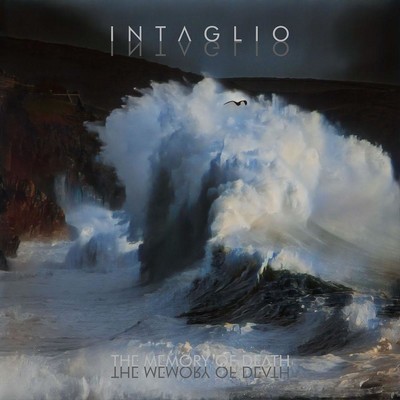 It’s been almost 15 years since death doom act Intaglio released their debut album, and now they are back with some ambitious new material. “The Memory of Death” is a demo single from the forthcoming new album currently in production.

Intaglio has always been a project that’s not afraid to push boundaries and set new standards in the genre. The extensive use of double bass and cello injects a unique character into the recording, and is just one of many things that helps make the band stand out from its peers in death doom metal. Even though it’s only a demo, “The Memory of Death” is a huge step up from the debut in terms of composition and production value.

The full length album is scheduled to be released in 2021.

Russian Funeral Death/Doom duo Intaglio return with a new track, “The Memory of Death“, their first for fifteen years, in the shape of a demo single from the forthcoming, as yet untitled, new album via Solitude Productions.

The previous self titled release was a hauntingly melancholic and hugely reflective, atmospheric offering that certainly pushed the boundaries of Funeral Death/Doom at the time, but lacked the density and depth of sound this new track has to offer.

This time around they have not only upped their game in the production department but also in terms of composition there has been an enormous step up, much more richly layered and less harsh with a much more mournful quality, with the layering of drum work and guitars topped off with what is the icing on the cake for me, the addition of double bass and cello, adding a classical sophistication to the overall sound, something I really hope continues to feature in the upcoming album. Having had a taste of this I’d be very disappointed if there wasn’t more, it’s simply magnificent, completed by Maxim’s bleak, mournful growling vocals and what you have is not only a piece of music that will stand well alongside any piece of Funeral Death/Doom it will firmly challenge it and it also has the most organic ebb and flow you could wish for, carrying you gently along with the sound as you introspectively contemplate…. everything.

“The Memory of Death” will be available on all major digital platforms from 9th January 2020, but it is currently available on YouTube and Bandcamp and the sophomore full-length album is currently in production and scheduled to be released some time in 2020, also via Solitude Productions.

Ignore the score: Intaglio's demo single return after a 15-year hiatus is worth investigation, pending an album release due in 2020.

Now, we don't usually review singles, for obvious reasons. If they're early releases by new bands, there's generally not enough content to form a balanced and fair picture, and if they're later releases by more established acts, chances are they're on or from an album and more relevant in that context than taken on their own. Of course, there are always exceptions; even when they fall squarely into one of those categories - this, technically, coming under the latter - there may be other significances to be taken into account.

In this case, if you know your Solitude Productions history (and we modestly like to think we're fairly clued-up on it here, having had a long-standing working relationship), you may well be aware that the first Russian Doom label put out three releases in 2005, the year of its founding. These were: Океан Печали - ' Таинство Зимы', Инталия - 'Инталия' and Екклесиаст - 'Холод' (Ocean Of Sorrow - 'Mystery Of Winter', Intaglio - self-titled and Ekklesiast - 'Cold'), catalogued SP.001 to SP.003 respectively. The release of Ocean Of Sorrow was the reason the label was started; the subsequent Intaglio release was label co-founder Evgeny Semenov's musical project (alongside vocalist Maxim Mazin). Since then, we've heard nothing from Intaglio, and Metal Archives even list them as "Split-up", so although this is a single from the forthcoming new album in 2020, it does have a historical significance as their first venture in fifteen years, and a contemporary one in previewing the reappearance a band at the crux of the millennial Russian Doom revolution.

If you've never heard SP.002 in its original form, I suppose it wouldn't be unfair to describe it simply as melodic Funeral Doom. Certainly radical enough for the nascent Russian scene, at the time of its release, but fairly light and airy by comparison to the more brutal acts already well-established in that genre elsewhere in the world. To me, it's one of those albums which exemplifies how hard the post-Soviet Doomsters had to work to catch up with a decade-and-more deficit of representation: in 1995, it could perhaps have been a revelation, by 2005, though ground-breaking in its homeland, elsewhere it was merely a well-executed part of the established spectrum. No shame in that, those were just the circumstances in place at the time.

Whilst 'The Memory Of Death' is being classed as a single, it's also noted as being only the demo version. Which, if true, shows a lot of promise in improved quality even at such a pre-finalised stage. Crisper, clearer, better-arranged and significantly better-engineered than the debut album, it's made the most of the steady progress and evolution of musical technology. Slightly paradoxically, that also includes taking a step back into 'real' instruments. As with so many bands at their outset, what ornamentation Intaglio had to begin with was programmed and synthesised; in 2019, they're using actual strings - double bass and cello, though the cello sits high enough in the treble registers to sound borderline viola much of the time. This achieves a couple of things: the first being to provide extra melody threads alongside the guitar and bass, for a deeper, more fully layered sound; the second is to emphasize the "Russianness" of the music. Not that I pretend to be any sort of expert on that, but that kind of part-folksy, part-classical vibe, coupled to a certain intrinsic gloomy fatalism is pretty much a hallmark of bands ranging from Autumn People to Who Dies In Siberian Slush. Perhaps not as distinct a genre definition, in itself, as, say, the "Italian Dark Sound", but, nonetheless, a quite identifiable "Russian Doom" feeling.

Unfortunately, you do only get the one track, and around seven-and-a-half minutes of music to contemplate, at this point in time, and, really, that's not enough to draw a significantly bigger picture. It's enough to say that there's a satisfying heft and depth on show, the strings are a welcome and well-arranged addition which also dominate a bold central instrumental passage within the composition, there's a sense of continuity from the much longer tracks of the debut in the span of guitar tones from lilting to brutal and in the hoarsely heartfelt semi-harsh vocals. It's not enough to predict or assume whether those would be typical themes and motifs throughout a new album but, nonetheless, it does suggest plenty of thought will have gone into whatever final shape that will take. So, enjoyable and intriguing as 'The Memory Of Death' is, it'd be difficult to give it a very high mark, given the limitations of its release format and length. That said, I don't think that scores are ever a good way of judging shorter releases - if there's anything in the text that suggests this may be of interest to your personal tastes, I strongly recommend checking it out regardless, and if you want to offer some kind of support or encouragement as a result, the $1 asking price for a download (around 70p, or 0.9€) is hardly break-the-bank territory. As for the new Intaglio album, that's now firmly on my radar, and something I'm rather looking forward to for the new year: so you could say that 'The Memory Of Death' has very much achieved what it set out to do.
Solitude Productions 27.12.2019, 09:27
Write a review