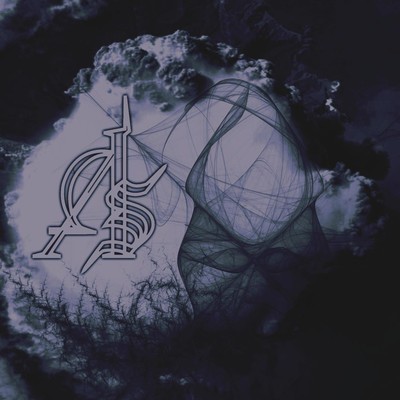 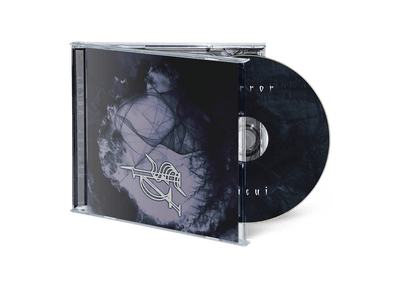 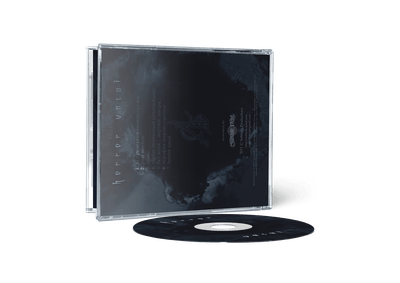 The new creation of the funeral doom metal masters Abstract Spirit, the album «Horror Vacui» combines ideas of two previous band albums. Epic compositions are filled with the black atmosphere of insanity and despair expressed by performance of live choirs, wind funeral orchestra, keyboard passages and powerful guitar riffs. Another feature of all compositions is represented by unique growl by A.K. iEzor (also appearing in Comatose Vigil). «Horror Vacui» confirms the status of Abstract Spirit as one of the leading Russian funeral doom metal bands.

Funeral Doom Metal, movement III! 2011 sees the return of Moscow Abstract Spirit with another album after the debut ‘Liquid Dimensions Change’, in 2008, and ‘Tragedy And Weeds’ in the next year. Anyone who has ever crossed - or rather, was rammed! - with the sound of this trio, knows quite well what can count on, just need to read the first sentence of this text. For the 'newbie’s', this 'Horror Vacui' turns out to be the discovery of the band at their next step, specifically, not on improving the formula, with touches here and there, but looking forward for a deeper sound with some new ideas up till now little explored.
The half-dozen tracks, plus the ambiental interlude 'Vigilae Mortuorum (Interludium)', which are part of this work seem even slower and look a bit more epic. This impression is immediately evident in the opening song, "Beyond Closed Eyelids', where side by side with immense and immeasurably heavy riffs, played by M. Hater and deep guttural voices courtesy of I. Stellarghost, there is a greater incorporation of keyboards and piano passages, allowing those songs to breathe from their slow and hypnotic violence, which will provide the listener, therefore, time to catch his breath before returning to be swallowed by this huge mass of sound.
During these 70 minutes, falls upon us a funereal blackness, creating an unhealthy atmosphere, miserable, a monument that is built, slowly, in a subtle and chilling progression, in a Dantesque way that collides against our senses, leaving us with a feeling of malaise disturbing. The choirs, which laments along this deadly ode, act as light balms, momentary, along this route by hideous landscapes.
This album turns out as one, indivisible rock, overwhelming, both for its consistency of style and sound but also by the cadence that have their own tracks, weaving them into each other quite naturally. Yet, we need to emphasize 'Post Mortem' and 'Pulse'.
'Horror Vacui', not being a perfect record, or innovative, has the knack to show a very intense cohesion and power of their sound and stylistic ability to affirm Abstract Spirit as one of the best bands in the funeral segment in Russia and in Europe, capable of being able to comparable with the Germans Ahab.
For us, the last 70 minutes of the Apocalypse have already a proper soundtrack.

Third studio album of this Russian band that has already created themselves a strong name in the Doom Metal scene worldwide, so I guess it is a pretty much expected followup to their "Tragedy and Weeds" 2009 album. 7 tracks, 71 minutes of playing, not the usual day by day listening for most part of the metalheads. Actually this is recommended only if you're already familiar with this type of music as otherwise it may bore you to tears. Abstract Spirit's competitive edge is the intelligent use of guitar leads and background keyboard creating a depressive, dark atmosphere, but also A.K. iEzor's deep growling vocals. For this genre's standards "Horror Vacui" is pretty varied and complex and that makes it flow naturally without falling into monotony. A good album.

Russia's Abstract Spirit are an appropriately named band, their endlessly plodding style of funeral doom possessing an ethereal, laudanum-like quality with a strong air of Victorian spiritualism about it, not unlike Evoken's more recent efforts. Endless riffs break menacingly and bend out of shape, whilst sprinklings of gentler clean chords and desolate melodies offer moments of reflection in amongst the crushing gloom.

There is progression to be found here, but it is creeping and subtle, building slowly through mesmeric, pounding dirges that push on relentlessly to the accompaniment of keyboard-sampled choirs and organ, the doleful blare of horns, fleeting refrains of cello and male and female laments that lurk behind impenetrably thick and guttural growls. Scattered fragments of piano add a classical feel, bringing to mind some ancient silent horror film and further strengthening the music's morbid 19th century atmosphere. One song, 'Pulse', incorporates awkward, wrenching harmonic squeals that are highly reminiscent of My Dying Bride circa 'Turn Loose The Swans'.

Listening to the album is like plunging into the depths of a trance, with the songs all seeming to blend together into one long, unbroken piece. It also possesses an undeniably nautical feel, reminding of a more moribund Ahab. Indeed, the classic imagery and themes already used by Ahab spring to mind just as easily here; the desperate plight of the survivors of the wrecked Medusa clinging to life aboard an overcrowded raft, hopelessly adrift in an immensity of nothingness; the Pequod rolling on through black seas, a singular speck of light blazing with hatred, storm-lashed and lost in the endless darkness. This might be a heavily overused theme in metal nowadays, but it remains impossible not to think of here, even though the actual lyrical themes are quite different: feeding them into Russian translation software produces some morbid yet eloquent Romantic musings on consciousness and mortality. Granite gravestones are heavy-lettered pages in the book of Death; empty eye sockets stare out into oblivion from the folds of crumpled shrouds; features distort and decay; but something of the self continues to exist, walled-up eternally within a fragment of some unfamiliar dream. Cheery stuff, and nicely done.

Though the songs might seem rather uniform at first, repeated listens reveal a rich variety achieved through masterful use of minimalism, and though the pace remains at the same steady, lumbering crawl throughout the songs nevertheless manage to ebb and flow with pulses of increased urgency and gravity, as if being pulled down into ever-greater depths, real or imagined. The songs flow as a series of movements as in a classical piece, with different sections constantly rising to the fore; mournful synths; ethereal choirs; searching brass complete with rhythmic, lurching horns; languishing guitar melodies and abyssal, crushing riffs, all working in unison to carefully cultivate the shifting, desolate mood.

The final (title) track brings things to their natural conclusion, calling to mind a deathbed scene in which life slowly ebbs away as delirium takes hold. Strangulated synths and woodwind hang in the air, so warped as to be bent almost out of tune, the senses rapidly diminishing and the world becoming distant. A rush of urgent chants marks the Last Rites, merging with angry, hysterical pleading and wails of despair as thick, spasmodic staccato riffing continues to spiral downwards like final, gasping breaths. Then it ends, suddenly and abruptly, in a statement of absolute finality.

As a classically-influenced funeral doom album, 'Horror Vacui' is pretty much flawless. It's hypnotically repetitive but never dull, flowing naturally from one carefully crafted arrangement to another, leaving the mind to wander through some place where time has no meaning, cocooned within the labyrinthine stone corridors of some ancient, otherworldy necropolis, or buried at sea, sinking forever but never reaching the bottom. The production is excellent, the various instruments and vocals sounding perfectly balanced as they drift in and out, and is paradoxically both claustrophobic and vast, evoking some infinite, featureless space that is nevertheless hugely oppressive. It may take a few listens to fully appreciate its depth and beauty, but this is definitely one album that's worth getting lost in.