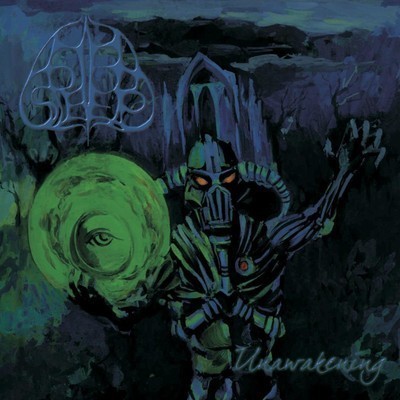 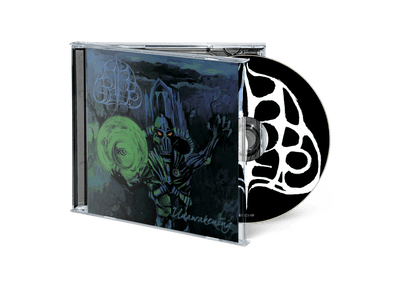 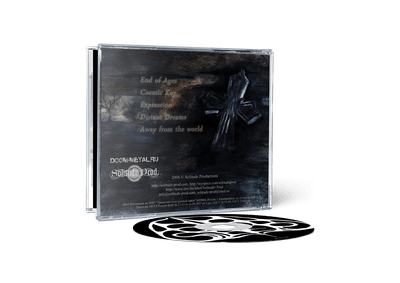 The first LP album of this young Finnish doom death band, with a line-up consisting of musicians who have played in lot of projects and bands, performing music from heavy and power metal to black and death! This work of Astral Sleep draw apart the frames of doom and death metal, in the tradition of Unholy and Umbra Nihil. "Unawakening" is addressed not only to the listeners of the genre, but also to people who search for new music and fresh sensations.

Solitude, it has to be said, release a hell of a lot of doom death. To be fair, in the time that I have been reviewing their output, they've never really put out a stinker. The Russian label must have their ears to the doom grindstone though, because Astral Sleep are a Finnish band rather than the usual soviet nationality. This frozen four piece is also a doom/death band, but don't stop reading now – because they don't just slavishly follow the template set by early Anathema, My Dying Bride and Paradise Lost. In perhaps the most conservative sub-genre in extreme metal, Astral Sleep have the courage to set their own standards.
Unawakening is a seriously impressive album. Weighing in at around an hour in length, it
never-the-less has but five tracks on the shiny disc. It's fair to say that they aren't rushing anywhere to get to the end of any of their songs, but this isn't just another exercise in dragging out the same two or three riffs over ten minutes. Astral Sleep are very progressive. If they were in education, for instance, they'd preside over one of those 60's establishments where the kids were left to educate themselves, and the teachers wore nothing but brightly coloured paint and smiles. Opener “Away From The World” flirts with twin guitars, growled, choral and clean vocals, along with tasteful minor key acoustic passages. Unlike many of their peers, it seems as if Astral Sleep aren't just in the game of producing miserable atmospheres – this is a much more engaging, intellectual listen. Look, this isn't Britney sodding-Spears, and you're not going to be humming these tunes after a single listen or two, but in persevering, you'll find plenty to have you coming back. Each track generally opens with an interesting introduction replete with echoing sound effects, clanking and tasteful keyboard parts. The production is absolutely spot on, with a thick, grimy quality to the heavier riffs, while the drums are also notably punchy and full.
Progressive music usually makes me come out in hives, bringing to mind the worst excesses of long haired noodling, pointless guitar wankery and abrupt time changes, but on this album I can see how it is done best. Sprawling music does not have to mean aimless, and bringing fresh ideas to the table does not mean throwing the baby out with the bath water. With passages of both muscular and intellectual music, this caters for every flavour of the more discerning metal head. With sounds of seaside scenes, some accordion and subtle tones of acoustic instruments thrown into the mix, this could have been a complete mess. Astral Sleep, however, have a method in their madness. Nothing has been placed on this album “for the hell of it”. Everything by design, and everything for a purpose. It's certainly not easy listening, but then do you really want all your metal spoon fed to you? Engaging is the word.

‘This piece of heavy metal doom monstrosity will blow your minds a thousand times’ brags and boasts the insert of the first full-length of this Finnish band. Nothing could be further from the truth. These dudes are way out of their league. They don’t fit the bill. The shoes are too big to fill. Frankly, a claim that grandiose is not surprising considering the aural ambitions of Unawakening; an album that’s sophomoric in its execution, production and presentation and grandiose in its scope, riffs and ideas. If we want focus solely in the music I must say that inept songwriting corrodes every single song and takes every good idea straight to the shitter.
The album opens with “End of Ages”, a tiresome and morose goth-laced stew that features a deep guttural voice, an operatic tenor of dubious quality and some crappy grandfatherly vocal inflexions that remind of everyone’s favorite pumpkin head Dave Mustaine.
Unawakening reeks of early British doom a la My Dying Bride and Anathema. Only, this is way more convoluted. I mean, this is 2009 fellas, even for nostalgia’s sake you could have masked those cut and paste tempo shifts with editing. And you could have hidden those stomach bursting ridiculous lyrics via clichéd metal vocals.
Each song in Unawakening is ambitious beyond the player's capabilities. That’s clear. For every good moment, Astral Sleep always finds a way to ruin it all. In “Cosmic Key” the band does what it does best, offer slow paced tedious doom. It’s ok. The song seems to have come to an end and the clear string work that apparently signifies this is not bad. But about one and a half minutes before the end of the song, the tune turns cheery. No kidding. This is like upbeat doom metal. Did the guys from Astral Sleep just see a bunny rabbit and got happy? Come on! What the hell was that? Plus, the title of the song alone hints at psychedelic rock, but there is none of that here. Not unintentionally anyway. Also, the drumming is sloppy as fuck. The dude makes more mistakes than Bush during its two tenures as president.
I can’t recommend Unawakening on the basis of its quality. If anything it can serve as a textbook example of what not to do, what not to play, what not to sing and what not to be. This record blows.
Solitude Productions 10.12.2009, 22:15
Review
Diabolical Conquest
5.5/10
19.07.2005

Sixty-six minutes and six seconds of epic doom metal is what Finland's Astral Sleep gives the listener on their debut full length Unawakening. The album length is important because there are only five songs: for the mathematically challenged, that's an average length of more than thirteen minutes a song. That's a lot of doom. Just because a band can write long songs, doesn't mean they should.

Now there's nothing wrong with an album length of more than sixty minutes and song that stretch past the fifteen minute mark (some of my favorite doom albums push past both those marks: Dopethrone, Jerusalem/Dopesmoker, Times of Grace, Snailking), but what those albums have that Unawakening does is not is good and interesting songwriting. If it weren't for minor stylistic differences, these five songs would be interchangeable. Each song is a tasteful, if somewhat bland, mélange of epic doom, doom death and traditional heavy metal: a dollop of Maiden, a cup of Paradise Lost, a spoonful of Doomsword and you have each song on this album. Astral Sleep does a good job of blending these styles together: there are no abrupt changes or choppy transitions to disrupt the flow. Unfortunately flow is relative on Unawakening because while this certainly isn't as slow as funeral doom (even if it occasionally drops into an Esoteric crawl), it also rarely reaches the mid-tempo thunder of YOB or Candlemass. What it does do is trudge along amiably and inoffensively for most of its sixty-six minute length.

Scattered throughout those sixty-six minutes are enough hints of greatness to make this album more than a little frustrating. The clean guitar break and melodic lead work about 5:30 into "Cosmic Key" is beautiful melancholia akin to what My Dying Bride perfected years ago. The harmonica that opens and is interlaced throughout "Expression" somehow evokes the ghost of Neil Young (yes, that Neil Young!) without being cheesy or seeming out of place. Astral Sleep also manages, numerous times, to remind me of Pink Floyd with their extended instrumental sections: one of the most pleasant aspects of Unawakening is that it is largely instrumental. But despite all that, the album seems far, far, far longer than its actual running time.

This album suffers from the same thing that afflicts so many other doom albums of this sort: it's kinda boring and nondescript. It occupies the dreaded middle ground of doom metal: it's sorta heavy, sorta slow, fairly melancholic, fairly epic, slightly melodic, slightly deathly, decently played and decently produced, all of which add up to a heaping pile of mediocrity. It's certainly not bad, but neither is it good enough to require repeated listening. Cut down to forty or forty-five minutes, Unawakening would be a solid chunk of mildly inspired epic doom, but at sixty-six minutes it's a sprawling would-be masterpiece that's to unwieldy for its own good.