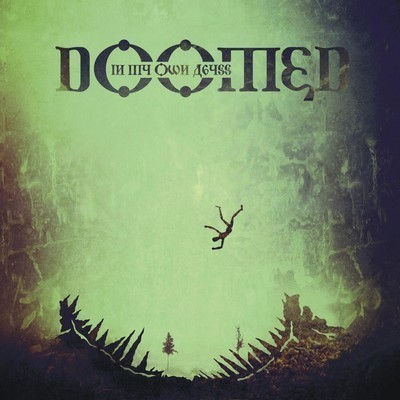 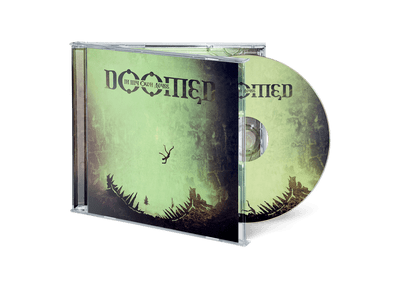 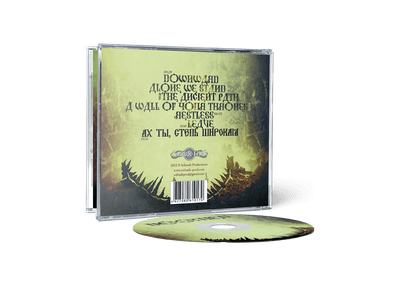 The second in the band history (and the first officially released) long-awaited album by a German project Doomed. «In My Own Abyss» presents uncompromising doom death metal of highest purity, harsh and aggressive, but featuring skillful arrangements which make this work complex and force a listener to play it again and again. At the same time the last track of the album present and outstanding in its depth, purity and force cover version of famous Russian traditional folk song «Oh You, Wide Steppe…»! And, of course, composer talent and excellent work of the only member of the band, Pierre Laube, as well as powerful and clean sound of the album are worth mentioning, finally making this Doomed release a classic one.

In today’s tech age, the term “Band” is getting used more and more loosely. DOOMED is Pierre Laube. I suppose DOOMED becomes a band once Laube goes out on tour and hires more guys to play on stage with him. Judging by the website, he hires a small army. The large personnel increase could be the result of DOOMED having a very think and layered sound, which is immediately evident from “Downward”, the album’s first track.

A common misstep with Doom Metal recordings is drop everything down so deep and low that all dynamics are lost. Laube escapes this trap by adding a second and sometimes third additional track of high harmony. This also defends the listener from the type of ear fatigue that could come from extremely low notes battering your drums for 40+ minutes.

“The Ancient Path” is nine great minutes of doom that is almost quick enough at times to mosh to. At the 7:30 mark you even get some off-beat drumming, which is refreshing since most Doom drummers play so monosyllabic you might even questions if they are actually drummers.

“In My Own Abyss” is solid throughout, but the final track is truly beautiful. “Oh You, Wilde Steppe” is a truly sorrowful rendition of a Russian Folk song and it is a great way to end a great Doom album. I recommend this album for any fan of Doom Metal.

The German solo project Doomed first appeared on the Doom map in the first half of 2012 with a strong debut album. Who would have expected a second album to be released in the same year? In all honesty, the short time between the two releases made me somewhat sceptical about the quality at first.

The project has now been signed by Solitude Productions (why am I not surprised?), so In My Own Abyss is properly released this time as a high quality CD with a complete booklet. Other than that, the first impression suggests that little has changed – the basic hue of the cover, the layout and choice of fonts, everything is very similar to the debut. This is not a bad thing, though, for it creates consistency and makes you recognise the project upon first glance. The same is true for the music: even at this early point of his career, Pierre Laube has established a distinguished trademark sound that will strike you right from the beginning if you are familiar with the first album. But this consistency has its downsides: on the one hand, there is little variation throughout the album apart from the last track with its Russian choir (allegedly a traditional folk song – nice idea at any rate); on the other hand, little development can be detected between the two records. Comparing them directly, I noticed that the Funeral Doom elements (such as on “She’s Calling Me”) have almost completely vanished. The music is less atmospheric on the whole and shows a stronger focus on its rhythmic edge. Credit is due for the riffs and lead guitar lines which are very memorable throughout, a fact that proves a strong talent in songwriting. In terms of arrangements and production, things are no less convincing: the sound is powerful and the atmosphere dark, complete with subtle and well-places synths and clean guitars. The melodic vocals mark a slight difference to The Ancient Path since they are used more regularly. However, I feel that they rather compromise the atmosphere than add anything significant; their quality is hardly convincing, except when used as background choirs.

There are short sections where the songs drag on a bit, but all in all, this new album is another high quality release without any particularly weak moments. Naturally, it does not have the initial effect of its predecessor which benefited greatly from the fresh and personal sound, and it seems slightly less deep and captivating. If you are new to the band, I would recommend listening to the debut first, but all those who enjoyed The Ancient Path and are eager to hear more will hardly be disappointed. As an aside, the artwork deserves special mention – with its silhouette and cartoon-style aesthetics, it is in a league of its own by genre standards and leaves the stale stereotypes behind while still retaining some essentially doomy imagery. The lyrics, by contrast, are all the more cliché-ridden, at times downright stupid and simply not well-written, my ‘favourite’ line being “wooohhhhaaa” (without the lyrics sheet, it would have been somewhat undecipherable). But then, who – apart from me – cares about lyrics these days? A good album remains a good album.

The Russian Doom label Solitude production released in December 2012 the already second opus of the German 1-man project DOOMED.
A mixture of Doom Metal and Death Metal resounds. Long, halting riffs which could not be more Doom come upon Death Metal elements. This results perfect staged in the basic structure of the all in all seven songs. Calm, kept in the mid tempo area, a spate of death, depression and darkness packed in tones ripples towards the listener. Captured in a world without hope and light "My Own Abyss" is a no easy to consume cd. Emphatic Death Metal growls give the production additional hardness and gloom. Relaxed by several speckles of clean vocals and some melodic riffs "My Own Abyss" however goes musically astray. A very intense cd for which you should take time.
Here is also experimented with tempi which becomes the cd. Extremely slow passages reinforce darkness and depth. Pierre Laube did here everything right. Check out "In My Own Abyss". It's really worthwhile!!!

While I am fairly positive towards releases from “Solitude Productions”, albums by Doomed seem like a misunderstanding to me. Boring sound with grim growling vocals barely performed so woefully in the Death Metal style, dull guitars and sounds used for the millionth time. As much as the only project’s member Pierre Laube tried to make his music diverse and appealing, with each song the album gets increasingly boring. It is such even despite eruptions of nostalgic and melancholic guitar riffs, different beginnings to songs, multiple interludes (much more of them than usually found in such music) from Onkyokei-like experiments to rhythmic minimalism.
The album consists of seven tracks, but at the third I felt a strong urge to turn the record off and go to sleep. I didn’t feel anything else could be heard and while the intros were unpredictable and beautiful enough, they still converge into a mess of Death/Doom, where the artist tries hard to express his sadness and depression, but the only emotion that reaches the listener is his weariness. Maybe it’s something with me that I am unable to find anything to praise in this work. Whenever I think of any positive epithet I remember how others created similar music and realize that there’s nothing that hasn’t been done better in the works of others. Even the guitar solos that are rarely found in such music, sound bad - first thoughts after hearing this unpleasant and pretentious sound were wishes for it to end as soon as possible. Attempts to compliment the mentioned nostalgic sounds that act as catalysts in the songs (still some insertions of harmony) also result in nothing as they are so primitive and sentimental that they are more likely the inability to express the ideas in a more interesting way. Parts of clean vocal also fall to this category and seem to be just a matter of fashion.
Still I hope that this album can leave a good impression on hardcore Doom’ers. While I doubt it would be considered a masterpiece in any positive sense, it may affect emotionally and maybe even seem to be a great work in terms of an expressive aspect of artistic theory.