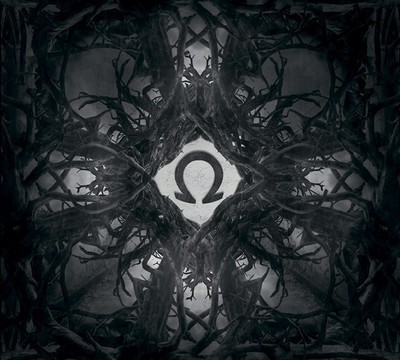 The second work of the all-stars band including Kostas Panagiotou (permanent leader of Pantheist), Kris Villez (In Somnis), Lawrence van Haecke (Solicide) and new band member Geert van Mook, who held bass and also created album artwork! In the new album the musicians follow their concept and present a new portion of raw funeral doom metal based on gloomy pictures of Middle Ages and death theme. Heavy guitar riffs decorated by melodic solos and growl combined with clean vocals make the «Coronachs Of The Ω» diverse and allow to feel deeply its concept. The main decorations of the album are organ parts performed by Kostas Panagiotou which bring unique atmosphere to this monumental masterpiece. The first 100 copies of the album come as a strictly limited digipack!

Tracklist:
1 ...Boreas
2 Die Verwandlung
3 Laying Waste To The City Of Jerusalem
4 A Solemn Ode To Ruin...
5 From The Periphery

_Coronachs of the Omega_ is Wijlen Wij's swan song album, after which they have disbanded, or so we understand. With a short lived career and a strong funeral doom lineup, Wijlen Wij was considered to be somewhat of a super group, comprising musicians from Pantheist, Until Death Overtakes Me and Solicide and whose 2007 debut album created quite a buzz within the doom circles at that time. After the debut, one of the founding members (and a doom persona in his own right, regardless of his participation as a member on the band's maiden recording), Stijn van Cauter, left the band and with his departure the very foundations of the band's music seem to have been compromised.
There's something apparently rotten in the kingdom of, well, Belgium. More precisely, in the Belgian doom metal elite; as if they have lost their zest, creativity, inspiration or the very love for funeral doom, recording an album that was a mere fulfillment of the contract terms and conditions than a creative and painstaking process that comes from the heart, guts and soul of the creators of said album.

Treading so many years within the funeral doom swamp must have somewhat diminished the will to excel and transcend beyond the pedestrian paradigms, otherwise what other reasons lie at the heart of creating this lukewarm album, the brainchild of extremely intelligent and experienced musicians comprising Wijlen Wij?

This is not even funeral doom par excellence, but a mishmash of aesthetics; it's neither slow nor heavy nor dark, nor is it interesting to say the least. The music just drags on aimlessly, suspended in mid-air, indecisively wandering astray from one uninteresting riff to the next.

The vocals, both growled and clean, are extremely weak and devoid of character or charisma; the guitar just spits out distorted chords haphazardly that bear no relation to one another, and while the leads are OK, standing alone they are meaningless.

The only genuine highlight of _Coronachs of the Omega_ is Kostas Panagiotou's church organ lines that bear resemblance to his other band Pantheist's organ sound, and generally they are reminiscent of Skepticism's mighty usage of church organs, albeit the latter's are way more muffled and sinister sounding than the crisp keyboard work captured on _Coronachs of the Omega_.

Remove the aforementioned quintessential organ (pun not intended, but is indeed an adequate one) from the assembly and the whole structure will be reduced to a pale shadow of the band's momentary grandeur and promising start, manifested through their debut album.

The huge potential this musical ensemble has had, their talent, know-how, as well as their ability never to be realized, have just been wasted on this recording; a recording that sounds like the scraps picked up from the editing room floor, the leftovers and the surplus material nobody really wanted to initially use. It's frustrating, when one thinks about all this lost, wasted, pissed-on potential these intelligent and highly experienced humans undoubtedly posses.

Look at the lyrics of the opening track "Boreas" (the only lyrics published), and just read them. They are virtually pure poetry. The overall sound architecture of the album and the singular style of the album are, as a whole, rather intriguing; they do posses that ritualistic, cavernous, darkly gothic vibe coloring the album with esoterica and enigma. However, the performance, the ideas and the song writing are so weak, unadventurous and one-dimensional you'd think these guys are fucking newbies, and not a super group, an all-star band of doom veterans.

Let this album be covered by the sands of time and eventually forgotten, however if any band out there are in need of a good keyboard player, I'd recommend that band to approach Mr. Kostas Panagiotou ASAP and offer him a job.