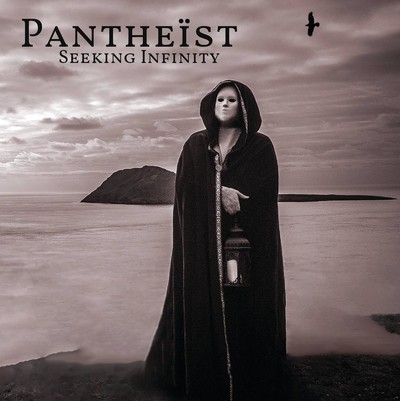 The long journey leading to the creation of this album started all the way back in the summer of 2012, when Kostas announced to his then band members an outline for a new concept album. This ambitious project would involve a short story which would serve as the concept of the album, the participation of numerous guests to emphasize each chapter’s unique characteristics, and a sound which would be designed to take the listener on a dazzling journey through the various twists and turns of the band’s sound throughout the years.

It’s pretty safe to say that a lot of things have changed since then and the concept and sound have evolved dramatically until the creation of this album. However, despite the changes, the philosophy behind this concept album and its singular purpose have remained intact. And how could it not be, with such a pedigree of musicians in the band that are or were involved in bands as diverse and unique as FEN, SHAPE OF DESPAIR, CLOUDS and CRIPPLED BLACK PHOENIX. The album also features two top guest musicians, who were also previously members of the band, both shining in the track ‘1453: An Empire Crumbles’: Andy (SYVEN) and Pete (VOICES) add their own colourful brushstrokes to the album’s already varied palette.

“Seeking Infinity” is a 60-minute cinematic journey through funeral doom landscapes. Those already familiar with the band, will be delighted by its twists and turns, presenting elements of brutal doom death metal and extreme blast beats, and turning with equal ease to ambient sounds, neofolk and post rock elements.

Recorded, mixed and engineered by drummer Daniel Neagoe (Shape of Despair, Clouds) and enhanced with the enchanting artwork of the band’s visual artist Cheryl, the album sounds and looks both modern and familiar. It is sure to fill with nostalgia fans of old-school traditional funeral doom death, while also drawing to its mystical sound new followers for the years to come.