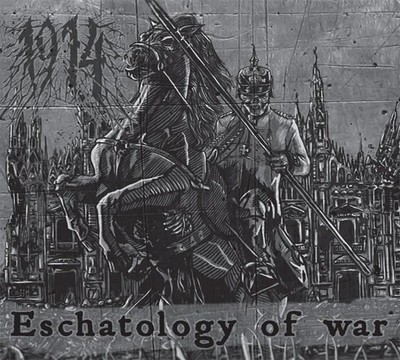 Fantastic debut album of Blackened Death/Doom warmachine from Lviv, Ukraine dedicated to WWI and coming with fresh and powerful sound in veins of HAIL OF BULLETS, ASPHYX and BOLT THROWER with strong martial atmosphere. The album covers the whole theatre of fighting the Great War - the Battle of Gallipoli and the involvement of Ataturk, Brusilovsky breakthrough, the Battle of Verdun, gas attack at Ypres, Italian troops Arditi, Christmas truce and the bombing of London by German Zeppelins. WWI does not explored very often in metal, but these Ukrainian brave soldiers make a damn solid case for it. It's stomping, it is heavy as all hell, and just makes you want to get up and march toward death.