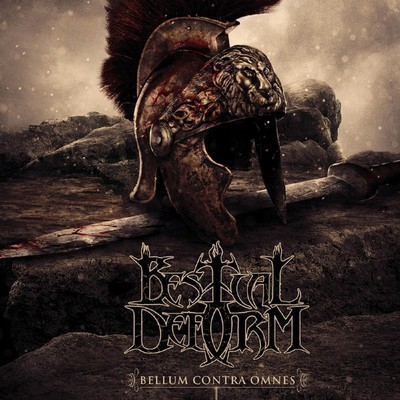 One of the few truly worthy of Russian metal bands, the oldest death metal band from St. Petersburg BESTIAL DEFORM, a respected and well-known around the world, re-release their second album 1996, entitled "Bellum Contra Omnes". The material is a rarity - find the original physical copies that are distributed and overwrite each other fans of the group in the second half of the 90s, is almost impossible. After nearly more than 18 years Bestial Deform decided to make remastering in studio original recordings from the tape and improve the sound quality, but trying to keep the unique atmosphere of the spirit of the time, so beloved by connoisseurs of true old school.

Tracklist:
1 Intro (Heaven Of Demons)
2 Before The World Was Made
3 My War
4 Conjuration
5 Flame Of Eternal And Gentle Pain
6 From Hell
7 I Am Evil, I Am Death
8 In The Sounds Of Torment
9 For The Great Evil