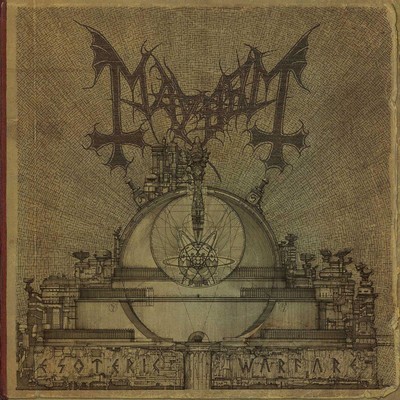 2014 brings the 30th anniversary of the single most notorious and important band in the history of black metal; MAYHEM. With the band's four revolutionary full-lengths, a legacy of boundless extremity, and an ethic rooted firmly in the principle of no compromise. MAYHEM is the archetype that three generations of black metal bands follow as law. As they enter their 30th year, MAYHEM deliver 'Esoteric Warfare', their latest full-scale assault of total black metal savagery. The albums ten tracks prove beyond doubt that MAYHEM reign as kings of the underground and ensures that their shadow will be cast over the genre for all time. MAYHEM are the Alpha and the Omega of black metal.