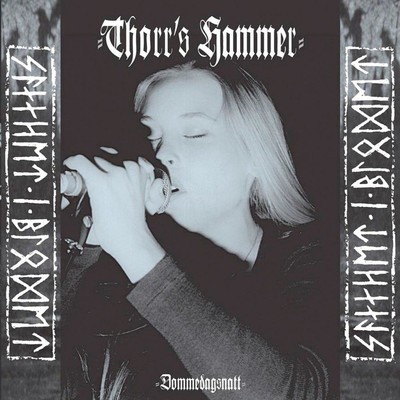 The band's name is a reference to the weapon of the old Norse God Thor (Old Icelandic Þórr). The Thor's Hammer symbol, often worn on a necklace, became a symbol of Heathen identity when Christianity started to become dominant in the Scandinavia of the late Heathen period. Thorr's Hammer was formed in Ballard, Washington by Greg Anderson and Stephen O'Malley in Winter 1994/1995. Runhild Gammelsæter joined the band during her stay in the USA as a Norwegian exchange student. The band was active only for six weeks during which it played two gigs and recorded a demo and an EP. The band disbanded after Runhild's return to Oslo, Norway. Greg Anderson, Jamie Sykes and Stephen O'Malley went on to form Burning Witch.