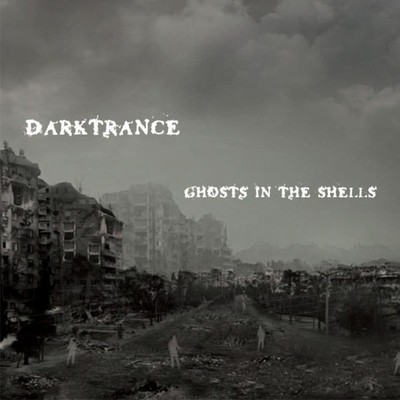 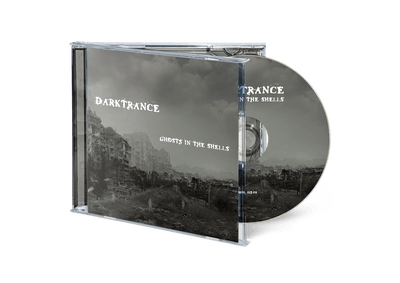 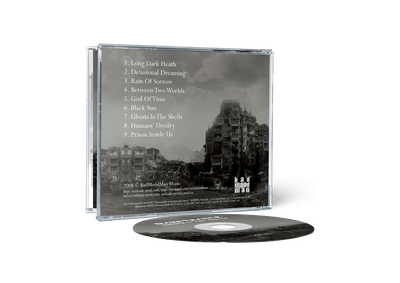 I’m beginning to think that one-man bands are to 2009 what Australia was to 2008, ie producing some quite outstanding and surprising music. Darktrance is the latest case in point, being the brainchild of Dmitry Gubsky from Kiev, Ukraine. It’s worried me in the past that perhaps you might lack a certain something as a one man act, but it would seem that maybe you actually gain something – a single-mindedness which translates to a very focussed vision, perhaps.
Ghosts in the Shells is the debut album, and could probably be loosely described as fitting somewhere in the black/doom firmament, sounding very much like the early forms of
Norwegian black metal at points (although lacking, as far as I can tell, and of the religious references) but slowing to doom speed at other points (if you can have doom coexisting with blastbeats, that is).
The whole aura of the CD is one of unremitting gloom, from the cover art which features greyscape pictures of bombed out buildings in an apocalyptic landscape with shadowy human figures as grey silhouettes in the foreground. This theme is certainly carried on in the title track, which is a sufficiently pessimistic view of humanity that we can probably expect to hear it repeated by the Governor of the Bank of England in the very near future.
As you might expect from a solitary effort, there is a lot of multi-layering here, over all of which sneers an insistent vocal. It’s going to be a CD that you either love or hate, largely based on the vocal – which reminded me in a kind of offbeat way of Ancient, but without the eerie hissing. The absolute stand out track for me, curiously, was the one departure from template, “Between Two Worlds”, which has the best dissonant industrial feel to it. The whole track just has the hairs on the back of my neck standing on end, and the clattering metallic sounds send shivers down my spine every time. It produces such powerful images of desolation and wastelands that it should certainly be kept away from all but the most determined of optimists. Or, of course, those who revel in misery… I fall into one of those categories, but not the other…
Darktrance will not be everyone’s cup of tea, or indeed, shot of vodka, but within its genre, this is a very promising release. One to follow in the future, I suspect.