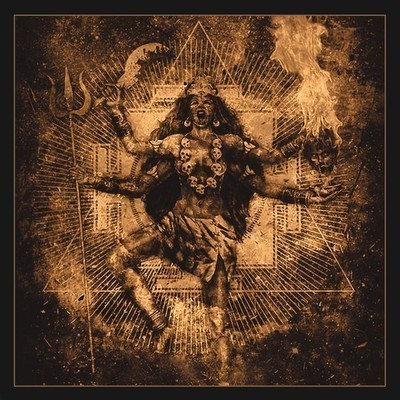 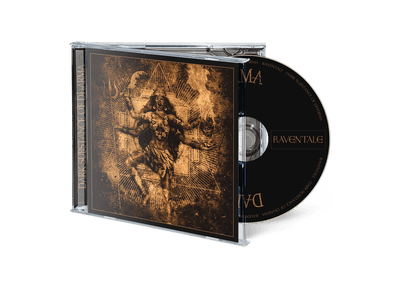 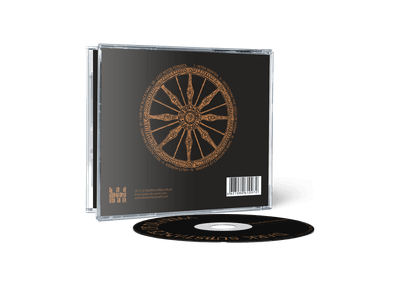 BadMoonMan Music presents the eighth album by Ukrainian atmospheric black metal band Raventale entitled “Dark Substance of Dharma”. This conceptual album is devoted to Indian and Tibetan mythology and offers to fully plunge into the cosmic order of Dharma, to parse the principles of existence and perception of this World. Special attention paid to the recording process and skills reached at previous albums resulted in full and rich tone of the sound.

Again demonstrating they're nothing if not consistent, Raventale bring out their seventh full-length album, an outwardly aggressive yet palatable block of professional grade Black-ish, Death-ish metal with loads of speedy double-kick drums for the headbangers and a liberal heaping of synthesizer icing for those who like to get a bit mystical while they're at it.

No major changes to Raventale's familiar formula appear on 'Dark Substance of Dharma'. Raventale continue to embody the core musical mission of Solitude Productions, they're just faster about it compared to many of their labelmates. After an enjoyable if generic intro, 'Dark Substance' spreads its wings over familiar territory: loud and meaty guitars strumming over steady, propulsive drumbeats. Angry, mid-range vocals are not far from Dimmu Borgir's Shagrath, and the mix is topped off with a layer of keys to make for a nicely conjured vision of soaring over forested landscapes in the moonlight.

'Dark Substance of Dharma''s overall impression is of well-played but ordinary metal - there's no glaring flaw to point at, but neither is it particularly resonant. Distinct high and low points are absent, instead, it's a flat and even affair with a few breaks into quiet moments and virtually no peaks of cresting emotion. Certainly this may well be what the band intended. (Things do change colour a bit on the biting album closer).

At the end of the day, 'Dark Substance' is another good album from a reliably good band, with all the right pieces fit precisely in place. There's a sense of contendedness, that Raventale are happy to occupy the place they've worked to carve out for themselves. Any Raventale album, this one included, would be a good try for listeners of Insomnium or My Dying Bride looking for where to go next.

More music from Ukraine. Not a place many would vacation, but the metal just keeps on coming. "Following the footsteps of Drudkh, Khors and early Nokturnal Mortum, Raventale delivers its own brand of scintillating atmospheric black metal that's at once emotive and intriguing." The lyrical content has to do with Indian and Tibetian philosophies, and as the cover would imply, the terrifying Kali. When your album takes imagery from a goddess whose name means "black one," carries a severed head, and defeats demons; you know it's going down.

"Intra-Mantra" isone of the creepiest introductions I have ever come across all year. Akira Yamaoka dark ambience meets a morbid, whispered nursery rhyme. Enter the pounding of what sounds like an entire crew of tribal drummers. This foundation of bass and toms is my favorite part of the instrumentation, but everything here works better as a whole. The ethereal synth work, moody chord progressions, harsh growls, and mantra-like chanting are all necessary components to creating a precise atmosphere.

And so could be said of the entire album. While The guitar does step out for the occasional BM hook as on the title track, it mostly works to serve a greater purpose through basic, but effective, playing style. Where the melody tends to soar is on the symphonic side of things. Far from bombastic, but profound nonetheless, these additions are a critical ingredient. The piano and ambience on "Last Moon Fermata" is a particularly equisite episode. And when backed by the ineffable intensity of the drums and vocals on tracks like "Kali's Hunger," the imprint is everlasting.

Dark Substance of Dharma can be yours today through Badmoon Music for just $9 for a CD copy. The album is streaming below thorough bandcamp, but if you dig atmospheric black metal, it shouldn't take long to make a decision on what to do. Kali commands it.
Solitude Productions 26.11.2015, 16:38
Review
Metal1.info
6/10
17.11.2015

Astaroth Marc is the singular band member of bleak, Ukranian blackened doom metal project Raventale. The man has built quite a resume since 2005 with seven full-length releases thus far and Dark Substance of Dharma being the latest. One man bands can go either way…more often than not they can go down a pretty poor lo-fi path that is neither exciting nor engaging to the listener. There are exceptions, but the odds for success are like 70/30 at best. Raventale is certainly above-average with a solid full band sound/production. It’s got some good stuff and interesting song-compositions to keep it moving along at a deliberate clip. So, let’s dive in for the examination on the doctor’s table.

Truth be told, I’m getting pretty tired of “atmospheric” drone intros. Give me some damn music, man! Opener “Intra-Mantra” is actually pretty cool in a Goblin sort of sense. Whispered voices, demonic synths, chiming noise and all around weirdness slowly draws out into a scathing wall of guitar noise that seamlessly pours into “Destroying the Seeds of Karma.” Plodding, pounding percussion is backed by autumnal keyboards as a dirty, sickly distorted riff spreads plague and famine. The drums aren’t too digitized and fake sounding…I think they’re actually real as the double-bass isn’t too rubbery and the snare actually has some warmth. If it’s forgery then Astaroth did a good job of fooling me. Marc’s vocals are raw rubbed screams that settle into a crusty mid-range that nestles tightly inside the music…not too high, not too low and just right for the frozen forest riff dirge presented. Guitar chords are left to ring with chilling ambience and there are some solid tempo fluxes throughout. Astaroth even makes room for a few chanting/spoken vocal passages that give the performance some variety. While this isn’t my go to style of heavy, I didn’t find myself checking my watch every thirty seconds praying that the song would just fuckin’ end. Fans of Skepticism, early Katatonia, Morgion, Dissection, Darkthrone and Agalloch might enjoy it. It’s not quite up to the bar set by the aforementioned luminaries of the genre, though it’s far from third-tier imitation. I was bangin' my head.

The title track has me changing my mind about the drums. Yeah, that’s some programming I’m thinking as there is a certain awkwardness to the speedier, vaulting blast beats. Synths hum ominously in the background without being too orchestrated. I’m not a fan of that cheese-melted, Dimmu Burger King stuff…and this isn’t overbearing, rather mildly grating at its worst. The faster riffs are sloppy and undefined, so it’s a good business decision that Astaroth mires the tempo down in thicker, well-anchored riffage of a doom-burnt, blackened thrash persuasion. In fact the riffing is all around forceful once the keyboards drop off of the flat face of the Earth. There’s a nagging groove implanted like a neuro-bomb to the base of the brainstem with a semantic filth-riff grinding away at the sanity relentlessly. Raventale should definitely stick to the uglier, slower nastiness because it’s way more his forte than the blast-y runs. “Kali’s Hunger” ushers in on the hinds of a desperate, ice-choked blast/double-bass curmudgeon that remains fairly frenetic throughout. It's one of the album’s shortest tracks and a general blur of space n’ time that never really blows that key money shot to the memory banks. The oddly titled “Red Laugh’s Walking” is a semi-upbeat, mid-tempo trotter with merry synths colliding into grimy, mud slick riffs and scathing vocal screams. It whips into a few sturdy double-bass frenzies, changing ideologies several times across its relatively short 4:33 running time. Pinched, angular guitar melodies break up the constant pulverization dealt by the ethereally blasting “I am the Black Tara,” with splashes of synth elevating the faster sections, before crumbling Celtic Frostian riffage sinks its fangs into a bloody raw chunk of groove meat. When things borderline on becoming too symphonic for my taste, Astaroth does bring the heft back around via a rotten oak riff or a flickering light of ambience that yields welcome change. A rare melodic guitar lead rooted in sultry Swedish/Finnish beauty rounds this one off right, making for the best track on the album. Closer “Last Moon Fermata” enters on a dusky, elegant piano arrangement while feral guitar noise saws its way into the fray. Synths play the biggest role at first but a venomous bout of Slayer/Darkthrone murder riffing quickly mutates the piece into something darker and drearier. A chunky, staccato doom descent rips into some daunting power chords with the music reverting to synthesized funeral deviance thereafter.

I enjoyed the time I spent with Raventale’s Dark Substance of Dharma. The foundation is strong and there is some surprising filthy inventiveness going on with the riffs, structures and vocals. I’m not sure I would run out and buy it because I only purchase a few records of this style and have most of the one’s I consider must haves already in my collection...yet I'd probably grab it if I saw it for the right price. Dedicated black metal fans who dig doom, thrash and slight orchestral grandeur should give this a shot. It’s really a pretty solid release from front to back.