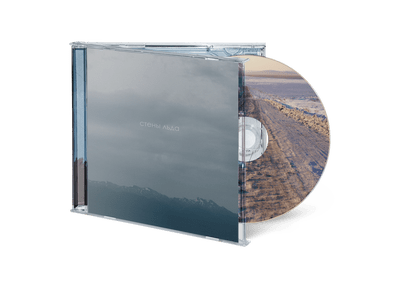 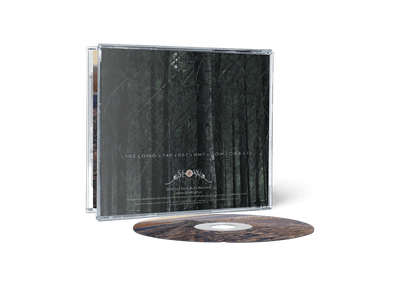 With their self-titled debut album (Steny Lda) Walls of Ice introduce themselves as one of the best representatives of actively developing Russian post metal scene. All eight album compositions create a single canvas with heavy guitar riffs, melodic interludes and solos pierced with atmosphere of estrangement, gloom and reign of northern frost, winter and primal nature.

Steny Lda, meaning Walls of Ice in Russian, write their band’s name and album title in the original Russian Cyrillic letters. The band hails from Moscow, but don’t worry about texts and lyrics in Russian either. There are none, simply because Steny Lda is an all-instrumental group, playing an atmospheric kind of post hardcore meets shoegaze, that, I dare say, reminds a bit the latest work of Hypomanie (this year’s _A City in Mono_), with a little bit of Klimt 1918 thrown in.

Delivering purely instrumental music is way more challenging than playing one that is fronted by, or screened with, the instrument of the human vocal chords; it does not allow room for errors, does not leave a hiding place for the artist to flee to or hide behind the voice. Error in the musical plot here cannot be redeemed by the vocal tool; instrumental music takes a risk in letting itself be exposed, showcasing exactly what it is without a redeeming factor, no vocals that may drown the fallacy, no tool that will aid a band to half-compensate for its aural contents or the lack thereof. Instrumental music leaves the musician naked, exposed for all to see, aided by his talent, passion and skills, the qualities of which are plain for all to see.

Filling an album’s worth with nothing but music generated by instruments and having no vocalist that can, in most cases, bridge a gap, blur the blind spots where the music is at its weakest, is a task usually taken for granted, but harder to accomplish than one might think.

In addition, if a group can make the listener oblivious to the fact its music is devoid of a singer, being often the focal point of an album, then only one conclusion can be drawn: the music is good, per definition. So good, it needs no additives.

The fact there are relatively few pure instrumental bands out there only adds to the argument being instrumental is not for the feeble. It is indeed fucking hard to satisfy and be perfect at what you’re doing, consciously left bare for all to see and hear, and ultimately judge.

Now, I love human vocals; at times I think they are the most important musical instrument out there. And yet, I love Steny Lda’s instrumental delivery.

Not taking the band’s instrumental self-titled debut album for granted, the band’s music is as good as any band’s delivering no-frills instrumental soundscapes comprised of one third post rock, one third shoegaze and one third atmospheric hardcore or post-metal of sorts.

The music is at times theatrical, exciting, powerful and well-written. This quality recording needs no human vocals to become an accomplished work. It is potent the way it is; no additives required.

In a post modern world whose attention span averages at a few seconds, it is a welcome thing to encounter a band that writes music as effortlessly beautiful, as engaging, as this little album; boldly calling forth the thinking, patient, intelligent listener within us with seemingly casual ease, aiming at the common denominator of our collective mind, reminding us what we have so thoroughly striven to forget…

Anche in Russia possono annoverare i loro God Is An Astronaut.

It’s been said, that ‘post metal’ is slowly conquering the world, but it will never conquer me! I simply don’t understand this subgenre of metal with odd and bizarre harmonies and rumbling metal. Steny Lda (Russian for ‘Walls of Ice’) is even more bizarre as their album is a self-titled Steny Lda containing eight song of total playing time of 36 minutes, with titles like: “1-0-2”, “O-M-G”, “7-4-0”…

The worse thing is the artwork with pictures of wide stretching and snow landscapes. Like the artwork for this album the music they present here is equally empty and boring, mostly being a result of blend of few different genres like Post rock, electro, instrumental sounds. Vocals are rare, but when present it is rather thin and mostly high-pitched.

As the songs progress, the intensity picks up, but the boredom doesn’t vanish. It doesn’t help either when everything surrounding this record is written in Cyrillic (Russian) signs and letters, making it impossible for all outsiders to understand. Even the lyrical content is in Russian and can therefore hardly appeal to anyone outside of the Russian speaking area. Mysticism is good, but stupidity is not.

I don’t doubt in their musical and instrumental quality as the basics are already there. Production is also satisfying and with few major changes, this band can become the pioneers of Russian Post Rock/Metal scene.

Hm, and this Russian band doesn’t catch me at all… They plays post metal but I do not think this is metalJ, in spite of hard guitars etc… This is some modern music with depressive tunes, and atmosphere of solitude. Eight songs of variative music, with both slow and fast rhythms and clear vocals. For sure the album is emotional and heavy but… too modern. I have no too many words, so just if you like post metal – try this, as musicif professional and for fans should be interesting.
Slow Burn Records 27.06.2018, 09:20
Prev
1 2 3
Next
Write a review