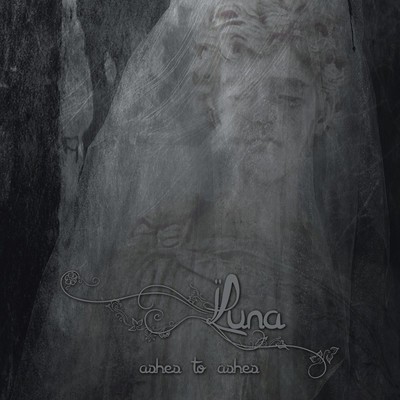 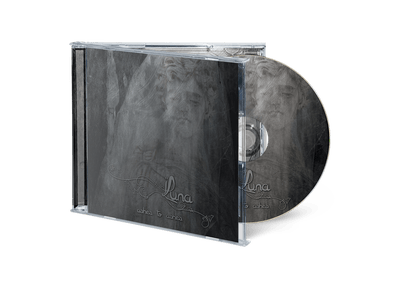 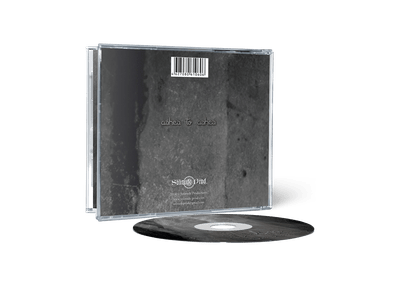 Solitude Productions presents a debut album by Luna which become a new discovery at the gloomy doom scene. Naturally combining doom death metal, funeral doom metal in the vein of Ea and gothic doom metal with stress to classical symphonic sound typical for Virgin Black the band Luna demonstrates 57-minutes-long suite, mostly instrumental. This album/composition could become a soundtrack to an epic movie with horror and fantasy elements; however, being missing a visual component it can recall visions leading to distant dark worlds of dreams and anxiety in a listener’s head. «Ashes To Ashes» states that a new competitor to Monolithe and Ea has appeared!

The seemingly endless supply of new Extreme Doom bands and projects from Eastern Europe never ceases to amaze. One of the more promising newcomers is Luna, the one-man project of DeMort (whom some may know from the Ukrainian Death Doom outfit Amily). The debut album Ashes to Ashes, consisting of only one long track, is out on – who guessed it? – Solitude Productions. Do not let the seemingly uninspired title fool you: while DeMort certainly does not reinvent the wheel here, his work is worth more than just a passing listen, in a sense reducing Doom to its essentials and thus justifying the use of a very traditional title. After all, the religious phrase “ashes to ashes, dust to dust” does epitomise the notions of mortality, transience and mourning which are central to Doom aesthetics.

The music on Luna’s first output is an atmospheric mixture of Death Doom and Funeral Doom. Its minimalism and extensive use of repetitions place it somewhat closer to the latter, but some of the riffs (especially early in the track) are too dynamic and fast to qualify as ‘proper’ Funeral Doom, especially in combination with the occasional doublebass drumming. Synthesizers are omnipresent, but put to very tasteful use throughout the album. They play a more prominent role than the lead guitars, which only appear every now and then and usually play in unison with the keyboards. Other than that, the guitar work consists of basic power chords almost exclusively, sometimes with palm-muted rhythmic variations, but mostly as straight as you would expect them to be from puristic Funeral Doom acts. In the slower sections, the simplistic synthesised strings and guitar chords sound a lot like Reclusiam or The Howling Void while in other places, a dark piano line reminiscent of Ea forms the binding thread throughout many minutes of variations on the same riff and chord progression. This way, the music flows very naturally and seems deceptively simple while, in fact, it is constantly developing on an intricate level. The arrangements, thus, are very well thought out.

So far, the above descriptions have not hinted at anything particularly unusual or original about this album, and it is true, this sort of style has been heard many times before, both from Eastern European bands and their earlier Finnish paragons (Shape of Despair or Colosseum come to mind), although – as is the case with many other Ukrainian or Russian bands – the atmosphere is less melancholic in direct comparison. However, there are two things which make Ashes to Ashes interesting despite its derivative approach. Firstly, it impresses with its sheer quality. The atmosphere works exceptionally well throughout and, as mentioned at the outset, captures the essence of Doom. Of course, the material also benefits greatly from the professional production that we have come to expect from Solitude, even though the highly polished sound will probably fail to please lovers of the rawer type of Funeral Doom. Secondly and more importantly, though, there are no vocals on the entire album (apart from a short distorted sample around the 34-minute mark)! Instrumental Doom is a rarity even today, and some listeners will have a hard time getting used to it, but at the end of the day, it works. I would even go so far as to say that I do not miss anything. To me, this album serves well to illustrate the extreme limitations of the formulaic growling employed by most bands: in many cases, it fails to convey more than just a very slim emotional palette, and eventually fails to add much substance to the music. Whether the absence of vocals for Luna was a conscious choice or the result of limitations, I cannot say, but it ultimately helps saving the release from being forgettable.

Still, there is little variation considering the album length, especially since the style does not allow for any particularly interesting focal points that stand out and capture the listener’s attention. Towards the last third, the thoughts tend to stray and the atmosphere starts to grow a bit stale, making you long for new nuances. Since Ashes to Ashes is a debut, though, this can not only be forgiven, but even be seen as a good thing: there is still room for improvement, and the great potential we can hear on this album makes me wonder what future Luna releases may have in store for us. In all, this project deserves the attention of any lover of the above-mentioned bands – just do not expect to be overwhelmed by an abundance of fresh ideas.

Luna are a 1 man band from Ukraine that plays a very atmospheric and symphonic form of funeral doom/death metal and this is a review of his 2014 album "Ashes to Ashes" which was released by Solitude Productions.

Dark sounding symphonic synths start off the album and they also use a variety of many different sounding keys and after a couple of minutes the music starts going for a more heavier and atmospheric direction as well adding in the doom metal sounds and there is also a great amount of melody being used throughout this 55 minute long song.

As the song progresses it starts going for a more melodic funeral doom metal sound and it sticks to a slow musical direction from beginning to end as well as having a symphonic sounding background and after 34 minutes of being all instrumental tribal elements, demonic growling vocals and drones become a part of the song briefly while the music remains true to a funeral doom/dearth metal direction and then the music also goes back to being all instrumental and during the last 5 minutes of the song melodic guitar leads are added into the music.

Luna creates a very long and dark 55 minute epic song with this album bringing a more symphonic, melodic and atmospheric take on funeral doom/death metal while still having the heaviness this genre is known for and he sticks to mostly an instrumental direction with only a few seconds of growls and the production sounds very dark, powerful and heavy sounding.

In my opinion Luna are a very great sounding atmospheric and symphonic funeral doom/death metal project and if you are a fan of this musical genre, you should check out this album.

I’m a big fan of the atmospheric instrumental music by bands such as Godspeed You! Black Emperor, Juno Reactor, and zYnthetic. So I was thrilled when I received a copy of the debut album by Ukrainian doom metallers Luna.

Ashes To Ashes consists of a single 57 minute long track of gothic doom metal. Listening to it is like listening to the soundtrack of a horror or post apocalyptic movie. It’s eerie, dramatic, epic, and disturbing in equal measure.

Luna have done an amazing job here because Ashes To Ashes varies enough that it doesn’t get overly repetitive or dull, but at the same time manages to retain an over-arching sound and feel. The musicianship is first class and so is the production on the album.

If you like your music dark and haunting then this is definitely worth checking out – awesome stuff !

Invoking the emotions of the darkest corners of the human mind, LUNA's one-song album engrosses the listener's auditory receptors and maintains a heavy, haunting sound.

When you piece together the fact that this band is from Ukraine, it's easy to tie the heavy, depressive tones to the difficult nature of life there. A profound sense of struggle and sadness is present throughout the song, all fifty-seven minutes of it. The majority of it is slow rhythm and percussion, yet the faster tempo and transcendent double bass segments fit in well, providing an awesome sense of “epicness”. There are dark overtones combined with moments of uplifting and progressive undertones, and the combination of the two provide a balance a monster of a song such as this would need.

Perhaps a favorite feature throughout the evolution of the song is the liberal use of piano and symphonic instruments. In terms of Doom Metal, this piece is well orchestrated and each instrument track blends flawlessly with the others. Everything is crisp and clear in quality and isn't hard to figure out the production is top-notch.

To some fans, this will be less of a musical experience and more of a spiritual or emotional one. However the melancholy connotations are heard, it is easy to listen to and thus worth the time spent under the haunting spell of "Ashes to Ashes".