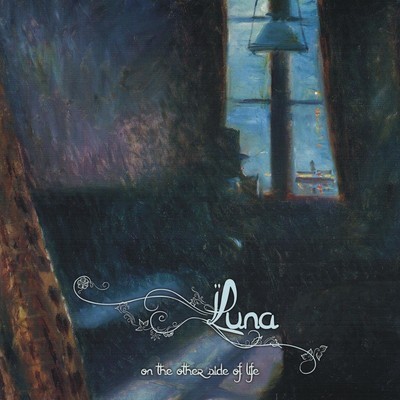 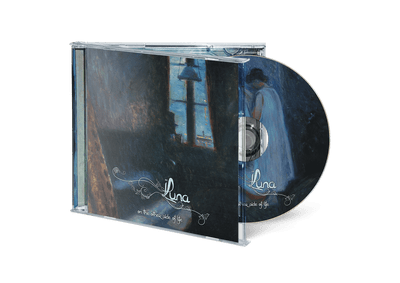 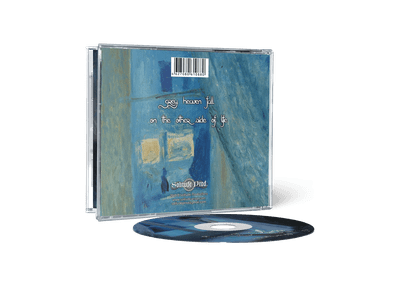 I really enjoyed the last debut album ‘Ashes To Ashes’ by one man act Luna. This Ukrainian project is the work of DeMort also of Amily and Ashes was a one track epic near hour long instrumental feast. Although that may sound a bit much to some and indeed as it is slow doom in origin it is an acquired taste, there was a whole lot of depth to it that kept me engrossed throughout. Things have slightly expanded into two tracks here but it can easily be listened to in one fluid movement as again the only real noticeable change with this 55 minute album is a couple of second pause and if you blink you are going to miss it. Interestingly enough it would appear that between albums and earlier this year the artist delivered a two track EP with a couple of shorter numbers on it. I missed that but it’s on their bandcamp page so I am intrigued to have a listen and see what DeMort can do in a more restrained session.

‘Grey Heaven Fall’ begins this particular journey and mood and atmosphere are established with a melody beginning to seep into life that is far more colourful than the title suggests. This is a heavily symphonic work that focuses a lot on the keyboard elements along with some thick guitars and hefty drum work. Naturally it is far from fast and does border on the funeral doom side of things but it quickly establishes itself as being very austere and dramatic with a big weight behind it and a huge expansive sense of melody. Indeed it could be looked on as a modern classical work with the artist behind it all looked on as a composer rather than a mere ‘band member’ or anything else. It is incredibly dark as well and matches Edvard Munch’s cover art well. Although this is not the most obvious one and the music will not have you ‘screaming’ it is tinged with dread and horror and is also very soundtrack orientated and you could easily imagine a black gloved killer stalking down labyrinthine corridors to it. Some long flowing guitar work wraps itself around the keyboards and adds to things but the overriding feel is a sense of grandeur and this is a very epic listen in every sense, full of emotion and energy. Images of massive cathedrals plagued by demons and deconsecrated by foulest necromancy worm their way into my head whilst listening to this, as what I described as celestial choirs chant eerily and wraithlike over the slow shimmering piano work. Suddenly everything hits a stride and surges off going into a death doom gallop but rather than seeming surprising it’s all handled so fluidly it sounds natural and fantastically (de)composed before it settles back down and draws to a slow ghastly climax at the 22 minute mark.

After this comes the 33 minute title track which after a very quick pause booms heavily in with a huge sense of gravity about it. Although it takes a while to unveil its full majesty there is plenty to keep you mesmerised as the chrysalis forms to unveil its birth when it fully emerges from its cocoon. It feels like it does this around some great melodic keyboard work ever so slowly and tensely with the atmosphere promising something majestic but I have the feeling that what emerges will be terrifying, unknown to mankind and leading to its ultimate demise but that’s just the way my head works (you should try living in it). Naturally I love it and always find music that gets my imagination flowing, the mark of quality which this is absolutely full of. Some guitar work and heaviness fills the mid-section and meanders and enthrals with a bit of My Dying Bride about it and a more conventional doom death approach to it, some of the shrill cadences leap out and virtually bite and stab at you, yes it’s that deadly insectoid attack I was wittering about earlier. Everything leads to around the half hour mark building up the layers and then surging into a final breath-taking gallop; wow!

This really is an excellent work and definitely the best instrumental album I have heard in a long time. Witness it for yourself at the following link but make sure you are isolated and not likely to be disturbed for the duration and prepare to be dazzled.

This instrumental musical one-man project from Ukraine presents the second full-length album. It consists of two long songs (in my opinion, it is praiseworthy in Funeral Doom), which could be characterized as usual Funeral Doom with accents of Symphonic Metal and an accompaniment of keyboards. Because of that, the music is epic, atmospherically quite heavy, but, whereas, casual and predictable, too.
I haven’t heard the project’s earlier releases, so I don’t dare to prescribe the band’s development or some future perspectives. However, I have an impression that Luna is atmospherically strong and a partially mesmerizing act, suffering from too inveterate monotony, stereotypes, sometimes from too big an influence of optimistic symphonic music. I don’t say that it is cheerful to listen to this, even vice versa, the absence of vocals adds something gloomy, abandoned, an impression of an uninhabited land, it brings the music as near as possible to anti-humanistic Ambient. But sometimes an elaborate conglomeration of sounds pops-out, which ruins the sombreness on which there had been worked so hard. On the other hand, there is the addition of some spookiness with organs, and this truly could be pleasant for someone.
Though, in the beginning, I expressed a positive attitude towards the length of the songs, but I was eventually disappointed. The album is really too long, perhaps with such ideas it would be enough just to release an EP, because I have such an impression that the songs are just outstretched to the limits. But to remember the rule that one should end his review with the more favourable spirits, I would like to notice the fact that the album cover is designed with Edward Munch’s paintings, which aren’t as popular (“Kiss by the Window” and “Night in St.Cloud”). They are matched with taste and attract more than earlier gloomy one-colour covers. And that is, in my opinion, though not the most important, but an interesting aspect while rating the entire work.