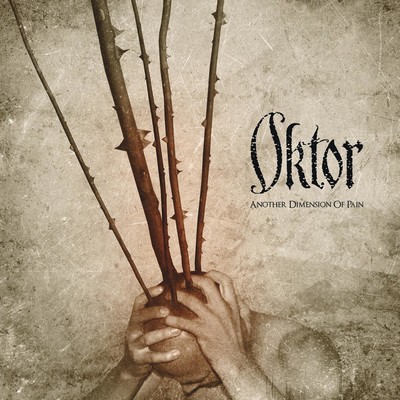 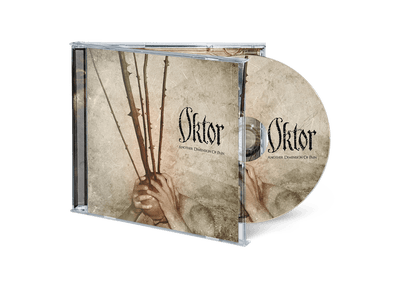 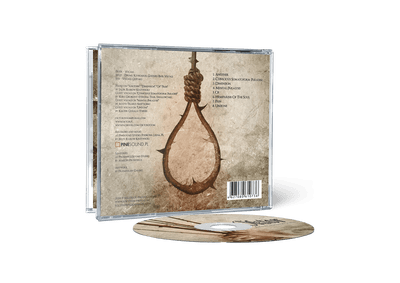 The Polish doom death metal band Oktor is finally ready to present a full-length album after the years of artistic activity, several successful mini albums, compilations and participation in A Tribute to Skepticism! The long tracks alternate with exquisite piano preludes, as if inspired by Frederic Chopin, demonstrate the diversity of ideas: classical dense riffs and low-tempo interludes, a variety of vocals (from clean to growl), alterations of mood and rhythm ... Clean sound of all instruments underlines the high quality of musicians many-years-long searching for their own style.

Debut album of some Polish Doom Metal band. The project was created back in 2003, however during these twelve years they have released just an EP, a split album, a compilation and this particular work. The band has a bit longer history - in 1996 there was a formation called Leon (I’m not sure whether this means “lion” or this name bears sentiments to someone in the band), yet the project didn’t work out as expected and renamed to April Ethereal. Oktor came into existence as a side-project of the band’s members, brothers Jan and Jerzy Rajkow-Krzywickies. Various sites mention that one of their songs was added to a few Metal compilations and “Entering Levitation” - a tribute album, dedicated to Skepticism.
What about the music itself? Well, I can stand it - slow Doom, as it should be, atmospheric, three variants of vocals, multilingual lyrics (guess the languages), long compositions, I’d even call them prolonged; however they are not grim. Not grim and that’s it. In my opinion, Doom Metal should be grim, and here all I hear is some passing clouds - the band (or label) mentions of being influenced by Chopin, the whole sound of instruments and variations in mood. They don’t change a lot. Mostly sleepy, I guess due to piano expanding on it. I wouldn’t say that it’s very funny to listen to that growl, it’s not Nargaroth’s “Jahreszeiten”, but in general the music swings between boredom, dreams and aesthetics of Atmospheric Rock... Clean Polish vocal leaves quite a different impression - it’s somewhat distasteful and becomes annoying after a while.
I wouldn’t say it’s a fruit of twelve years work - if so, it’s mediocre at best. It isn’t very energetic or original as well. While the quality is sub-par, it’s not that bad as a side-project - why shouldn’t someone play like this for their own pleasure? Though for distribution it should have matured a bit more.

The visual art adorning this album is pretty intense and unique. It portrays the human flesh being pierced by some jagged wooden branches; torsos, heads, hands, backs, legs, mouths -- all being pierced by those agonizing wood-like growths; this art is one of the most accomplished works out there that so exquisitely, elegantly and precisely depicts, by mere graphic means, the essence of sorrow and pain, both mental and physical. So just by looking at this fine art, an eerie feeling of gratitude is registered, for the fact the Universe has put the listener on -this- side of pain, and not on the other, preventing him/her from becoming one of those poor, poor creatures who wallow in never ending agony, like those depicted on this album's gorgeous cover and booklet. The art may not be the most intricate or visually attractive, but it emanates the 'feel' of an enormous pain in such a strong way, rarely will you find such an embodiment of suffering in other graphic artworks.
_Another Dimension of Pain_ is, however, much less impressive musically than the visual artwork. These Polish dudes, despite having existed since 2003, have written and recorded pretty amateurish and dull an album, comprised of half-realized ideas, half-baked song writing, amateurish piano instrumental pieces and an evident scarcity of ideas.

Oktor try, on their debut full-length album, to tread less traveled roads in the realm of doom metal; in that sense they succeed in providing the listener with a very eclectic recording showcasing numerous aesthetics, among which are neoclassical, doom/death, a touch of funeral doom, some progressive metal aspirations and gothica. The weapons of choice are multiple and varied and the songs are quite eventful and busy, ranging from the avantgarde to the spoken word, to the melancholic clean singing, to death growls and beyond. Unfortunately, the elements barely stick well together, if at all; and none of the songs, passages, riffs, singing or growling lines genuinely depicts the essence of pain and sorrow. None.

Despite belonging to the doom metal niche, this album is dragging; going where? actually nowhere. The music seems like drifting aimlessly, caught up in its own perpetual daydreaming, with barely any dynamic qualities to push those lifeless and boring songs forward to some sort of conclusion. Oktor are unfortunately not so good at writing songs, let alone engaging ones, and thus this album rapidly establishes a relationship of utter alienation between its contents and the listener. With total alienation comes apathy, and there's nothing worse for a musical piece, than to strike apathy in the hearts of its audience; nothing can be worse for a musician than to cause the listener to actually go indifferent and numb towards one's musical piece. Think of the insult, wasting so much time and passion to create something and then getting a cold shoulder from the audience of that very niche of music said creation was meant to entertain in the first place.

We rarely use the word 'boring' in the context of doom metal, because let's face it: doom metal isn't for everyone, and it can be indeed somewhat uneventful for those who are uninitiated with the style; but those who love doom metal, always take into consideration this type of music requires patience and endurance. But man, this album is indeed fucking boring. The doom/death riffs are all cliché-ridden and the melodic parts, especially where the vocalist presents his soft vocal performance (think of a third-tier latter-day Katatonia ballad with no sense of melody), are extremely dull and uninspired, to say the least. The only lifeline saving this album from being a complete disaster is found in those scarce moments within the longer tracks (there are three of those in total) where everything seems to fall into place and the compositions seem to work for a short while; but where's the pain? where's the gloom? where are the emotions hiding? Not here, not on this recording.

Poland, musically a land of extremity, be it ‘Hate’ filled, church burning black death or absolute unforgiving grinding carnage. When it comes to doom and certainly that which is of the funeral orientated style it probably is not a country you would first think of. Oktor who contain two ex members of the fondly remembered April Ethereal and one of Eternal Tear are here to prove an exception to that rule with their debut album via Solitude Productions. It looks like the act have been around for a decade before leading up to this but they have released an EP, a split with our own The River and Quercus as well as a compilation prior to this.

We are led in by some classical Chopin inspired mellow piano in the form of intro piece ‘Another’ and indeed the band use this trick to prelude most of their songs here. From there the full heavy weight proves a complete contrast as ‘Conscious Somatoform Paradise’ one of three hefty and epic pieces comes rumbling in. There’s some interesting almost gothic guitar textures with leaden drum work and then it settles into a slow ponderous groove. When the vocals from Piotr join in as expected they are craggy, weathered and hoary and it’s time to settle down and see where this 12 minute number is going to take us. It’s not all oppressive and there is light as well as shade with some acoustic moments amidst the violence. Spoken word parts add to this along with some clean croons along with a chugging guitar literally biting in over the top. There’s quite a lot to keep you occupied and this is far from one dimensional funeral doom. It is however miserable and deadbeat as the track bruises onwards with some ghostly parts orated through what sounds like an old radio speaker. The bellows that lead the vocals are particularly impressive and it is almost a relief when the track downs tools and allows you to grab a breath on the next piano sonata.

I have to check the sleeve notes on Mental Paralysis as the mellow clean vocals sound a lot like Neige from Alcest although it is not him. More classicism in the form of strings make this a very mellow affair at first and it has you drifting off before everything hones in and gives you a sound wallop waking you up. Nothing is hurried over this 17 minute monster. Apparently the band have appeared on a tribute to Skepticism before and stylistically there is a fair bit of that certainly with the angry vocals and pace. Then again on playing this style don’t all roads eventually lead back to Skepticism? The addition of strings, piano and those clean fragrant vocals do however show that Oktor are not going to play things quite by the book and they certainly have an interesting take on things. Distempered roars and slow pounding beats take up the mainframe ‘Hemiparesis of the Soul’ (it has to be said these track titles are very Esoteric sounding but this release has no Greg Chandler involvement) but there are some breaks with some bass heavy noodling and more clean harmonics taking away partly from the more stifling feel of it all. It’s all jagged riffs and piercing screams that chaotically lead this one to its death knell though no doubt very much in line with themes on the album and artwork. Thankfully you are allowed to unwind a little as last number ‘Undone’ may have had things falling apart but is an absolutely gorgeous way to go out as the band perform a fragile clean and very unexpected ballad. Another great find and solid release from the ever reliable label.