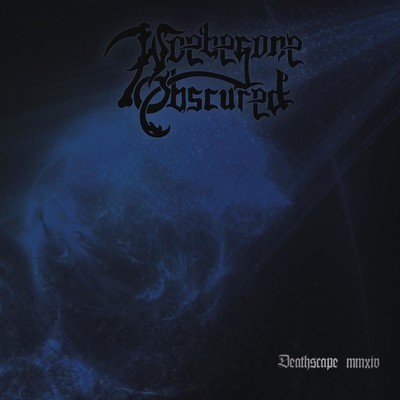 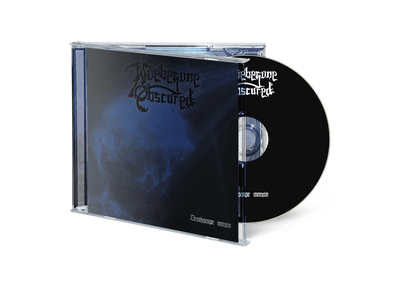 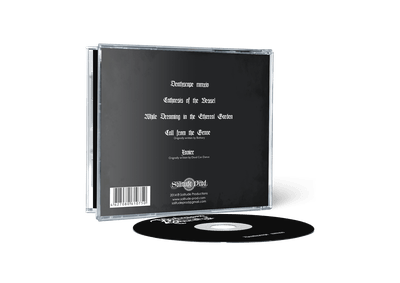 The new work of the Danish band with two full-length albums in the discography that marked the interesting fusion offuneral doom metal and doom death metal with black metal and ambient influences. «Deathscape MMXIV» reveals thediversity of the band creativity: a variety of doom metal and dark / black metal music elements and two interesting covertracks demonstrating sources of inspiration of Woebegone Obscured including a tough, original interpretation of classic tracks «Call From the Grave» by Bathory and ethereal, but hardened, version of the song «Xavier» by Dead Can Dance.

Though this Danish project with a rather strange title is not a new name on the stage and has members from some well-known bands (Black Dementia, Horned Almighty and Glorior Belli), I’m not sure what they were trying to say with their new EP. If it’s an introduction to the upcoming album, I don’t think it promises much goodness. First association - it’s disgusting. Vocal parts sound exactly like this - salivated, sick, pressed somewhere out of the intestines. The music varies from acoustic to heavy melancholy; however, I wouldn’t call it beautiful either. Mixed in “Deathscape MMXIV” are Funeral Doom, Death/Doom and clean, more similar to traditional Doom Metal vocals.
If we evaluated each instrument separately, the verdict wouldn’t be very bad; however, when everything is put together, it doesn’t sound beautiful or appealing in any way. The five-song EP is finished with covers of Dead can Dance and Bathory, which leave even more questions. Did they simply want to remind everyone about themselves? Maybe it’s a good idea if they plan to take a longer break until the next record (the debut and second album were released six years apart). However, such a mess of styles with traces of Black Metal is not appealing or admirable. It would have a bit higher value if it was released as 7” vinyl, but now it’s going to drown among other unexceptional releases. But if you are not afraid of being bored, maybe “Deathscape MMXIV” won’t be a waste of time to you...

42 minutes and change, and this is still regarded as an EP? Go figure. Anyway, changing labels from the obscure and prestigious I, Voidhanger to the extremely enthusiastic Solitude Productions, Woebegone Obscured have returned with yet another doom anomaly, continuing their mellowing process and delving deeper into their own bizarre world -- first seen on their previous and wonderful effort _Marrow of Dreams_, now even more accentuated on this recording. However, Woebegone Obscured's music still kicks some major ass, never mind the softening and refinement this Danish band have undergone.
Even though the riffs and playing paradigm of the album's metallic part all scream doom/death, the vocalist manoeuvres successfully between shrills of the black metal school and the baritone voice of the epic doom metal movement; he even allows his most gentle phase to surface, when he's actually singing in this velvety, dreamy voice of his in some substantial chunks throughout the recording.

Comprised of three original tracks and two covers (Bathory and Dead Can Dance), this album showcases the power of inventiveness and creativity brought to you by one of the most intriguing bands in existence; a band that time and again reinvent themselves from scratch and open yet another door to yet another dimension in the vast realm of dark music.

Epic and cosmic, _Deathscape MMXIV_ exhibits some of the most magical moments modern music has ever known. This album contains some vocal performances and compositions that are purely sublime, alongside some truly menacing pieces of dark metallic essence. Dodging any coherent classification, this album's three original songs drench in deep mystery and paradox; they showcase exceptional musical finesse, exquisite array of emotional transducers and transponders, profound grasp of the notion of atmosphere and they embrace the idea of originality in both hands.

This time, the vocalist is the superstar, the beast that pulls the music's caravan behind it. His multifaceted vocals pour a meaning into the music; they brighten the music, making it a kaleidoscope of colors that increase in brightness, going from the vivid and lavish to the blindingly bright. Those same vocals can also blacken the atmosphere and color it with somber energy and negative sentiments.

_Deathscape MMXIV_ to doom metal is what Opeth's _Morningrise_ was to black/death metal back in the day: it exhibits metal's most majestic moments, allowing itself to flirt with progressive / art rock as well as with the most ear-friendly compositions, yet still sounding like a towering beast of metal and blood and guts.

The only other thing that separates the two aforementioned albums other than their different stylistic choices, is that Woebegone Obscured sound more inventive and bolder than Opeth have ever been. Woebegone Obscured successfully flirt with several aesthetics that are in themselves very foreign, even estranged, to one another, yet somehow this band have craftily managed to weld them seamlessly into this sonic marvel.

The couple of cover tracks also get a unique treatment by this talented group of musicians. The classic Bathory track becomes a fucking funeral doom monster of a song, and the Dead Can Dance track gets a dreamy, almost celestial interpretation and thus becomes one of this album's highlights, as well as one of the most beautiful pieces of progressive rock/metal out there.

Listening to _Deathscape MMXIV_ equals dreaming in an ethereal garden, as the title of the third track suggests ("While Dreaming in the Ethereal Garden"), and in truth, one couldn't think of a more befitting title for the experience of listening to this album; a dream-state inducing surreal visions of despair and hope, of the Garden of Eden and the torture chambers of the soul; delightful yet dangerous; juicy yet poisonous; sublime yet Stygian. This is doom (forget about the 'metal' factor of this album, for metal is only one side of this multisided coin) music like doom music hasn't been realized before; artistic, grand, sensual, uplifting and pummelling all at once -- a fascinating and intriguing release, if there ever was one.