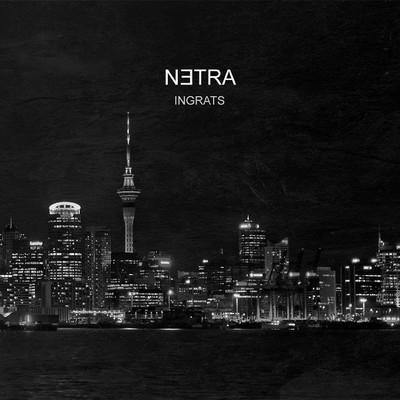 The experimental and internationalist one-man project netra returns with the first new album since 2013 with perhaps his most focused work yet. The third full-length album“Ingrats” (french for “ungrateful ones”) is filled with raw and honest music that speaks to a common despair, internal psychosis, and the monotony of modern life. Mixing abrasive and claustrophobic depressive Black Metal, darkwave, trip-hop, and melancholic alternative rock, netra’s music has never been restricted by convention or tradition but on “Ingrats”, the hybridization of genres is perhaps more seamless than ever. The Black Metal feels urgent and sharp as ice, while the heavily distorted guitar tone is absolutely perfect as a contrast juxtaposed against the ominous darkwave melodies. The perfect soundtrack for late-night walks in the city. The material on “Ingrats” is an all-out assault on the senses, a bitter pill that must be swallowed as an accompaniment for self-reflection. An album which can connect emotionally and leave you drained at the end. Infectious. Claustrophobic. Intoxicating. Take your soma and wander the streets for hours... “Ingrats” was mastered at Skansen Lydstudio (Manes, Atrox, Keep of Kallesin). This is the critical next chapter for netra, the third installment and first new album in four years! Released as a 4 panel Digifile sleeve with an 8 page book. Limited to 500.