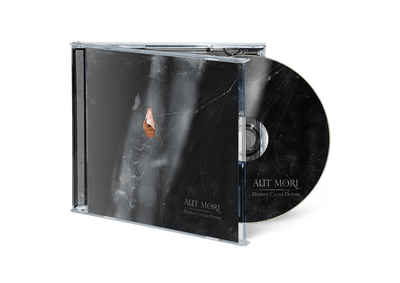 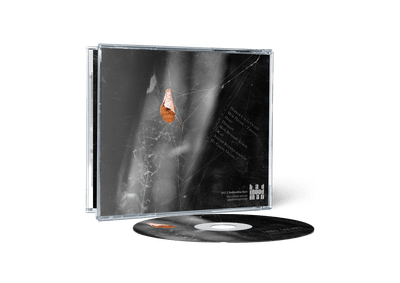 And you'd pretty much be right.

The music is par for the course. It sounds very pleasant, at least outside the scary male "RAWRGHGHG!" vocals. For the most part, it failed to disturb me, exhilarate me, or move me terribly. It is all well done, but just inoffensive.

The first listen through I was running around issuing biotic death to pixelated foes as a form of stress release after a long day at the office… and the one aspect that did manage to rip my attention and initially give me a favorable opinion of the album were the female vocals.

My only prior (intentional) dip into this genre was a prior review for Edenian's Winter Shades, where the "angelic" vocals were, to be nice, definitely better than my coerced involvement in Guns N' Roses "Paradise City", the Drunken Karaoke gang vocal version.

By comparison, Maria Sorokina does have an impressive voice, one which commanded and focused my attention. For those that can't read between the lines, it means she's good. She's got pipes. At least compared to either Edenian or the Pizza City Seven.

If you like Draconian, or female fronted gothidoom albums, it's worth a shot. If you were one of those who thought I was tough on Edenian, buy this now as it is musically similar only with vastly improved vocals.

One thing you can be fairly sure of, being from Solitude, is that the packaging, presentation and technical side of the release will be up to their usual high standards. Even if the booklet content may not be to your taste (or comprehension, in my case), there's plenty of it, accompanying a pleasingly clear and well-produced CD. Top marks for that, at any rate. And, with plenty of help from Google Translate, it is possible to figure out that the five-piece band comprises male vocalist, two guitarists, keyboards and bass, with a guest female vocalist and, continuing the Draconian connection, Jerry Torstensson providing drums and Olof Göthlin (who featured on 'A Rose For The Apocalypse') contributing violin.

The first release Первая Слеза Осени by the Russian band Aut Mori is goth-influenced doom metal. You know, the safe and sound kind of goth-influenced doom. As it stands now, the album does not really make you feel neither angry or overjoyed. Regardless, you could still say, that the music by the group plays pleasantly enough, so that it moves the score of this review on the better side of the scale.

The songs go through pretty unoriginal roads; you got your harmonious female vocals, which are supported by more raw and crispy male vocals. The songs also has their melodic and calm parts, and once in a while the band plays with more heavy touch. So, nothing new under the sun you could say, but the real catchy points seems to be missing, and now the album just does not have enough parts that would stay in your head on repeat. One possible reason for this lack of catchiness on my part might be, that I do not understand Russian at all, and the lyrics are in Russian without any translations, so any understanding of their content is lost to me.

Soundwise the album plays well, maybe even a bit too as a matter of fact, and maybe some grittiness might have added some personality. Worst problems I could find with this album was it genericity, as it does not really offer anything that has not been heard before. Also in a music that relies heavily on melodies and atmosphere I would have expected to hear a bit more catchy and memorable melodies too.

Aut Mori (Latin for “or die”) was established in 2009, but, strangely, debuted only last year. As it is customary for a Gothic/Doom Metal band, the album’s title is named after romanticism’s clichés such as tears and autumn from “The Sorrows of Young Werther” by Goethe. However, neither the title, nor the cover can precisely convey the most important thing - the quality of music.
Now, to elaborate on the sound of “Первая Слеза Осени”, I must say that it has even more clichés. Although this time not from romanticists, but from Doom/Gothic Metal big shots Virgin Black, Paradise Lost and Draconian. The only difference is the language and Aut Mori’s tendency to mess around with synthesizers. Surprisingly, that predictability of sound doesn’t annoy you that much and soon overcomes the initial scepticism by sucking you into a melodic, dreamlike flow of sounds.
Frankly, I cannot strongly criticize Aut Mori even though I was never a huge enthusiast of this type of bands and clean Russian female vocals in Metal always seemed repulsive to me. The project is sufficiently matured, diversely composed songs sound pleasant and although the melody is predictable it still allows you to enjoy the album. I believe that Gothic Metal fans would appreciate “Первая Слеза Осени” the most, but people of other tastes might find it quite interesting as well.