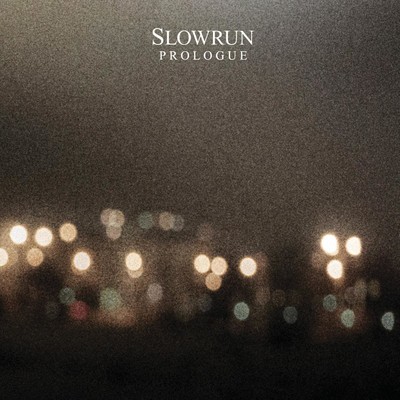 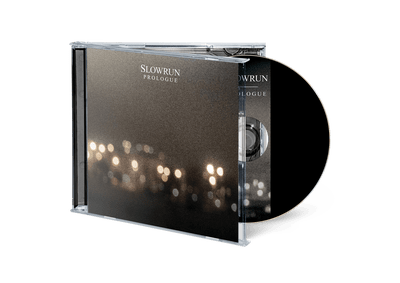 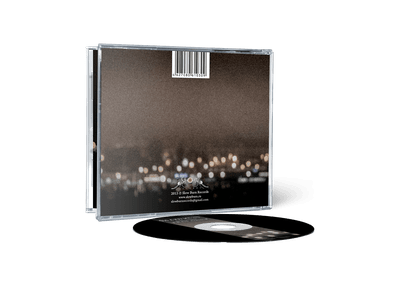 Slowrun is a Finnish band that presents variety of sounds and musical styles that flow from instrumental post rock to ambient soundscapes. The band paint atmospheric scenery with strong melancholy, joy and clarity - Reflecting the stillness of mind, rage of heart and yearning of soul.

The cover image is of a wet city night. The scene of isolation could be the one we hear in this sextet of post rock pieces from this Finnish band. Actually, I didn’t think that “Prologue” was as gloomy as that. In fact one of the endearing features of this album was its pleasing light and airy tones. Hypnotic and even warming post metal tones progress richly and slickly. Then a darker shade creeps in. There is silence save a faint sound. The constant ring of “Approaching” returns now a melancholy chord is struck here and there. Moods change but it’s not instantly noticeable. A sad atmosphere emerges and it is sharp but there is always calmness. “On A Fading Road” is even quieter. The advance is pleasant to listen to but it is sombre. The ringing guitar sound we hear on this album is strangely uplifting and mindful of Isis. Accordingly this is about reflection, solitude and melancholy. There is no apocalypse. There is a natural air. A sad sound runs through the background like a horn. The delicate guitar work develops and is played methodically and quietly. A little burst brings “On a Fading Road” to an end.

Tranquillity is always there but there seems to be a purpose. “Ripples and Time” is not just a track title. It reflects where we are. The continuation is like a guitar-led heartbeat. The drum clashes softly. The pace picks up as if a gentle breeze has appeared. It’s like climbing a gentle incline. Violence and urgency will never be part of this calm and passive scene. “Glow in Isolation” follows. These track titles are spot on. There is something glowing in the gloom. Sadness sweeps through the background. The guitar plays quietly and deliberately. This leads into “Escapism”. I hesitate to refer to majesty as blood is never going to rush here, but it is powerful. That constant ring is there from the guitar. There is a regular pattern about each track as the mood changes mid-stream and varies the ambiance each time. Here on “Escapism”, after plodding on for a while, the track ends without reference. Cymbals crash. “Void” once again is plodding. The build-up is steady and that light and airy tone can be felt. At one point “Void” almost comes to a standstill. The drum beat signals intent. The guitar strikes an occasional chord. Normality then resumes. By the standards of this generally languid album, progress is now rapid. Yet there is a sense pf constancy which remains. It resembles a heartbeat and seems timeless. Then it fades away …

The overall pattern is the same. Moods change but in a subtle way. Wherever you are and whenever you listen to “Prologue”, you can’t fail to be struck by its tranquillity, gentle breezes and melancholic air. It’s a nice album.

Featured in my June Music submissions, here’s a review of the debut album “Prologue” by Finland’s “Slowrun”!
As mentioned in the june music submission compilation, Slowrun plays rather classic postrock on the melancholic side of things. I like the melancholic side in Postrock because there’s a chance that the music can have an emotional impact if done correctly. Luckily, Slowrun achieves this, but not through the whole album. Let’s walk through all 6 tracks on this debut album called Prologue.

Approaching starts off with a distinct guitar (right in the middle between an electric and acoustic guitar) sound that you can hear during the whole album. After 2.40 minutes the track shifts to a more interesting tune of careful orchestrated drums, background guitar and two lead-guitars. On a whole, the track ripples a bit and I was constantly waiting for that connection that I couldn’t really find in this track. Not a bad start for the album but the opener of this album is not the track to lure me in.

Nope, the big draw-in track of this album is the second one, called On a Fading Road. The title is already a bit dream-like and is accompanied by that great emotional flow that Postrock can achieve. The track starts off ok enough, with guitar-waves and a picking lead guitar playing a relaxing composition. After 3.30 minutes, there’s a different direction to the track introducing shoegaze-like synths that lures me in. After a while, the guitar tunes kicks in with simple but very effective tunes. The drums starts coming through and yes, this is exactly why the band sparked my interest. The track ends at it’s highest peak with some great drumming.

A great combination of subtle drums, the bass guitar and the guitar-waves at the start of this track. It takes a while to fully develop but around 4.30 minutes, the track opens up and makes for a nice track that leaves me a bit uninspired.

The start of this track brings hope for another emotional tune like track 2. It has an ambient vibe with lot’s of subtle but great synth-sounds. At 1:50 you start to hear some distorted sound-effect which could hope for the guitar to kick in, but alas, that’s not the case. No, it gets even better! Instead of a guitar, there’s a magical subtle piano that carries the track. It’s all so subtle but in the right mood, this track can carry you to different places. Around 3.40, far away in the background, you can hear a guitar playing. At the end of the song, there’s an opening for some shredding guitar work, but alas, this magical track ends and the ending of this track isn’t the start of the next song. Well, we can always imagine a bit should Slowrun make a connecting tune to this track. It’s great, nevertheless.

Great Postrock can be the right recipe for Escapism: leave reality, go far away from your daily trouble. This track has the right title, but it starts too loud to achieve this. As if Slowrun already discovered this, at the 3 minutes mark the track slows down a bit with bright guitar tunes and nothing else. At around 3.50 there’s a lead guitar and some drums resulting in a track that does properly fit the title. I can see myself lying in the grass, watching the sun and the clouds while listening to this track. There’s even a subtle acoustic guitar accompanying the sound of this track. As if this is not enough, the track ends rather upbeat with nice loud guitar-waves, but still hitting that melancholic peak needed for escapism: it’s a very well done track with a bit of a shitty opening
Slow Burn Records 27.06.2018, 10:55
Review
Femforgacs
7/10
01.08.2013