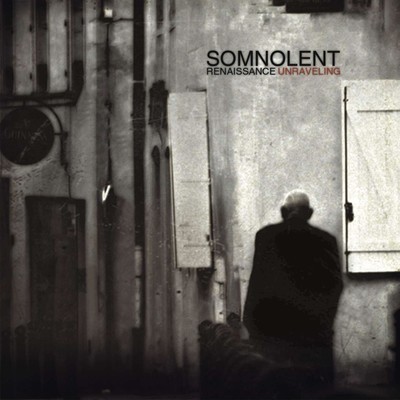 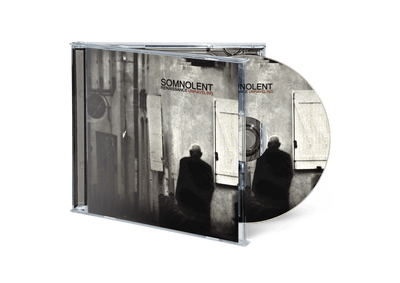 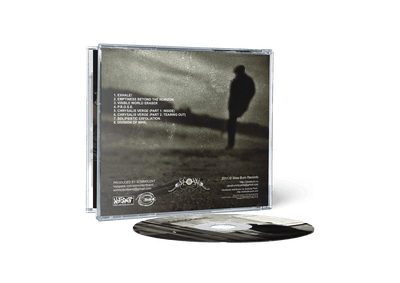 The second full-length album "Renaissance Unraveling" demonstrates the work of Somnolent from a totally different side. Preserving the mood of the debut album the musicians deviated to the area of post metal proving again their professional skills and creative diversity. Perfect quality of recording and performance are combined with original compositions making the band one of the leading post metal bands. The album is highly recommended to fans of Cult Of Luna, Mouth Of The Architect etc.

“What is Beyond?” asks the band in a Post Metal kind of way. This is one of those albums which explores the inner mind and its relation to the outer empty world. On the way there are phobias, uncertainty, suffering and more. The outlook, like the album’s cover, is bleak. You’ll gather than that this isn’t the cheeriest album you’ll hear this year.

Musically, “Renaissance Unraveling”, which is the Ukrainian band’s second full release, passes through a series of dark avenues in line with its lyrical themes. It wouldn’t be true to say that it’s disjointed but it’s not fluid either. There are contrasts. The first two tracks of the album are in a late 1960s/early 1970s Hard Rock style with a more modern Death Metal edge. It’s frenzied and upbeat as well as being heavy and hard hitting. It’s almost psychedelic. The mood then changes completely.

“Visible World Eraser” is the start of a series of dark pieces. It starts in a mellow fashion with minimalistic guitar work. A melancholic vibe is created yet it develops into something quite funky. This is music for the night, probably best accompanied by a few JDs. It’s as if Steely Dan have gone progressive. It takes its time. The mood changes again and we hear the harsh growls like early Tiamat. There’s a dreamy guitar solo. It’s not party time. “Visible World Eraser” is one of the more fathomable tracks. “P.R.O.S.E” and “Solipsistic Exfoliation” distinctly deviate from the norm, if there is such a thing here. I can only describe the difficult “P.R.O.S.E” as harshly Progressive. “Solipsistic Exfoliation” is on the face of it more simplistic. It’s marked as an instrumental but there are darkly spoken utterances accompanied by a strange, avant-garde backing. In between, there are a pair of psychologically challenging tracks under the headings “Chrysalis Verge”. The two parts are entitled “Inside” and “Tearing Out”. What we seem to be inside is a deeply disturbed mind. It’s doomy with a harsh, retro Death vocal style. It’s tough going. I don’t know what mood you have to be in to listen to this. The knife of confusion is twisted a little further when there’s an interesting and colourful bit of picking towards the end. The final track “Division of Nihil” continues in the familiar abnormal vein. The vocalist talks and growls through a gloomy soft guitar set. It meanders on but it’s delicate and almost groovy. An intermittent and sophisticated drum pattern adds further interest.

My responses to this album are mixed. It’s adventurous, bizarre and bordering on the unfathomable. “Renaissance Unraveling” could loosely be described as piece of Progressive Doom. It’s not intended to be easy listening and patently aspires to generate an uncomfortable atmosphere, in line with the psychotic theme. It may not be nice, but it can be seen as a successful representation of a disturbed mind in a disturbed world.

Renaissance Unraveling is the sophomore release from Ukraine-based five-piece, Somnolent, and is, without a doubt, one of the strangest albums I’ve ever heard.

This isn’t a bad thing – as all the tracks are very well played and produced, and the odd, almost disjointed effect comes more from the order of the tracks, rather than the tracks themselves. Allow me to explain…

First on the list is ‘Exhale’ – a rockin’ track with pounding drums, distorted guitars, and harsh, growling vocals. This is followed by ‘Emptiness Beyond the Horizon’, which continues with the aforementioned drums, guitars, and vocals. Then, just as you’re starting to really get a feel for the sound of this album, ‘Visible World Eraser’ brings in its mellowed wah-wah guitar and slow bass beat, and you’re left with the distinct feeling that the acid has finally kicked in.

This flow continues throughout the album, with a hardcore track followed by an almost atmospheric, ambient track, resulting in the listener being constantly brought up short. ‘Chrysalis Verge [Part 1: Inside]’ and ‘Chrysalis Verge [Part 2: Tearing Out]’ try to reconcile these two distinct types of tracks by combining the growling vocals and distorted rhythm guitars with a quiet drum set and clean guitar riffs. Somnolent finishes the entire album off with ‘Division of Nihil’, which starts off almost ambient, before combining the two, aforementioned elements, and finishing very quietly and mellow.

As I said, it’s a weird album, but once you get past that initial “wtf?” moment of the first listening, you start to pay more attention, and perhaps that’s the point. This is not an album that really works as background music; it’s something you really have to listen and pay attention to.

As soon as you start getting into the metal mood, the album does a 180, and you find yourself imagining having a few glasses of red wine with some friends in the wee hours of the morning… then suddenly you’re back in the moshpit.

It’s the kind of album that screws with your mind – it takes your pre-conceived ideas about what metal should be, and how it should be presented, scrunches them up into a tight ball, stomps on them several times with steel-capped boots, and then sets them on fire for good measure. Call me crazy, but I like it.