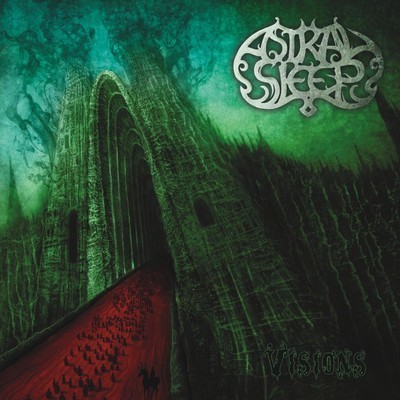 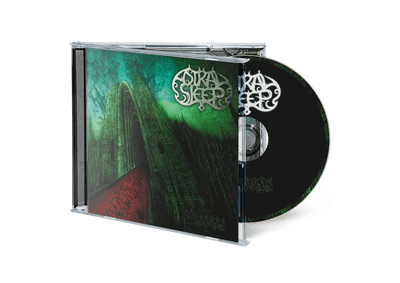 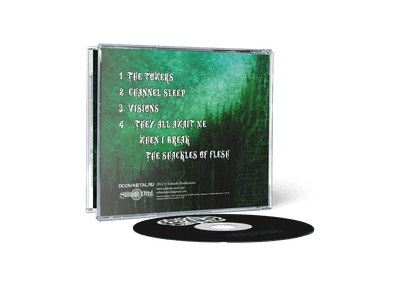 There's charm in combining several, polarized, musical aesthetics, provided this amalgamation is done right, off course. Like cramming together into the same cubicle both Doom/Death Metal and Epic Metal, for instance. The contrasting characters of the styles -- one aims to the bottomless pits of the earth while the other strives to follow Icarus and touch the sun -- playing on a couple of quite distant areas on the metallic left-field spectrum, can either kill an album or adorn it with a synergistic attribute that is ultimately larger than each style's impact when alone standing. Funeral, Tristitia, HellLight, Woe Unto Me and other, not many mind you, have tried and succeeded to a certain degree to fuse Funeral or Doom Death (that are in themselves hybrid genres) with epic, soaring, operatic theatricals -- and when this musical mode of operation is done right, it is simply stupefying.

Now, the beauty of that lies with the fact a band doesn't have to excel in any of the given aesthetics it explores, suffice the combination of styles is an appropriate one. In other words, the hybridization of styles often bridges the gap between mediocrity and brilliance, because it kind of tends to numb the listener from rationally dissecting a musical creation based on its musical merits alone, and on occasions this pummeling darkened combination fucks with the mind and makes the listener oblivious of the disadvantages or pitfalls through the course of the music.

Finnish Astral Sleep's opus 'Visions' is not a great album when judged upon its Death/Doom merits, nor does it own any of the Finnish scene's psychedelic, avant-garde, mind-fucking, mind-altering trademark sound aesthetic. If anything, the music possesses an innate, mild lunacy, thanks to the occasional nature of the extreme vocals. Ah the vocals! It's like listening to a singer with multiple personalities, each personality either extremely depressed, suffering or fucking angry. Pain is the main vocal theme here, despite the fact the band deals mostly with the subject of dreams and the subconscious. So yeah, that maddening quality is always there, accompanying each of the four long tracks comprising the album; the wretched, anguished voices manifested often remind of bands such as Bethlehem and Deinonychus to a certain extent.

Astral Sleep offer a middle of the road, decent, melodic slowed down death metal that is cool and enjoyable, coupled with a fine production in the Solitude Productions tradition, but there's not awfully lot more than just that. However, the album doesn't settle for a mere Doom/Death affair, but it ventures further into the waters of epic doom, offering in the course of its exploration long, half-meditative non-metal moments and grand, majestic atmospherics. However, the most quintessential attribute the band have incorporated into their growls and howls are the soaring, epic, melancholic and beautifully clean vocals that make all the difference.

The music is essentially melancholic and contemplative (and dare we say, even romantic) but not insomuch as it could be considered exceptionally dark or menacing. But sometimes darkness does not need a distorted guitar or growling vocals in order to manifest (come on, give me a break here: have you really ever considered most of the Brutal Death Metal bands out there as playing genuinely dark music, with a capital D?); Astral Sleep's brooding essence lies with the softer, mellower parts, and not necessarily with their harrowing extreme doom.

'Visions' often ventures into territories far removed from metal music par excellence, but Astral Sleep take with them, wherever they may musically roam, a certain burden; an existential sadness that walks hand in hand with their music and in turn this pain of existence is being conveyed and manipulated straight into the heart of the listener.

'Visions' is therefore one of the most unique albums around, combining several stylistic approaches to Doom Metal, often exhibiting pretty polarized sound architectures back to back so that they highlight the negation and dichotomy even to a greater extent. That seam, this hidden line drawn between opposing styles, has been celebrated on 'Visions' to an artistic degree.


In the end, 'Visions' is an above average effort containing some fantastic moments, speaking an assorted language bearing every faculty a metal aficionado searches for, be it the atmosphere, the musicianship, the emotional emanation and that extra something mostly Finnish metal artists know how to pronounce and articulate. Get this unique album as fast as you can if you are into singular vocal arrangements, melodic craftsmanship and a slice of sadness grazing the unconventional and the lunatic.

You know, I can’t help wondering what Solitude put in their water cooler as their release rate as a label is phenomenal. Whatever it is, it doesn’t seem to impair their judgement as they have a pretty fine quality threshold. Finland’s Astral Sleep are no exception either I am very pleased to write.

Four tracks weighing in at a smidgen under an hour, this second full length is some serious progressive funeral doom and needs to be approached with equally serious intent.

The Towers opens with that first album Paradise Lost slowed to a crawl style and then it opens out, blossom like as the vocals come.clean. They have the trademark tectonic plate speed and weight, vocals that move easily and well between death and clean styles and with an attraction to heavy guitar and riff melody that brings to mind a nice mix of current Ahab, mid period Katatonia slowed down and twists of acoustic and death metal Opeth. A proggy feel does inhabit this particularly on second song Channel Sleep but it is often balanced by a light touch arrangement or, even, some truly deranged and bizarre vocal contortions that kind of remind you of Bethlehem if just a few prescription drugs were actually working.

The title track is a good example of the basic strengths that Astral Sleep have sound wise: The riffs are, despite the melodic content, full of the grit that keeps metal grounded and the drumming is just about the perfect anchor to keep this mournful craft on course. It’s the kind of dark, faith destroying sound that Procession have taken in a different doom direction. You also have to give special mention to the vocal range here: From a broad range of the death/black styles depending on need, through the same variation in the clean vocals through to full on harmony parts. It is as impressive as their grasp of tempo is: They know how to go from hesitant acoustic plucking to the descent of the sky in riff form and make it feel seamless. The intense, gorgeous atmospheric and relentless fall to oblivion of the last five minutes of Visions is a band gracing us with the full range of their considerable talent and touch.

The curiosity is how close some of this actually comes to the sound of true doom; the opening and closing tracks having long sections where the feel and sound of the riffs is closer to the dark but epic sounds of Procession, as mentioned, but also the likes of early Doomshine, Spiritus Mortiis and Griftegarde. This’ll get me drummed out of the true doom society but maybe that final wall is slowly crumbling…?

Bad points? Hardly anythng, and nothing to prevent purchasing. They All Await Me When I Break The Shackles Of The Flesh might get a little lost for a bit of its length and I certainly think the album should close with that amazing title track, but no show stoppers, nothing but me being picky.

As fine and atmospheric a world of doom as you’ll hear. Sumptuous.

Many people know this Death/Doom band from its first full-length CD “Unawakening” or from a quite colourful EP “Angel”. That’s great if you remember them because it can easily determine your decision whether to listen to these visions or not. If you liked them earlier - grab this CD and maybe you’ll not regret it, but if you didn’t - just don’t dare to touch, there actually isn’t any progress, perhaps just the quality of sound improved a bit. Now there are more progressive places, but it could have been heard in “Angel” too.
But as far as I understand, the readers of this publication do not follow the fashion and news of Funeral Doom and maybe even have no idea to which genre this album has to be assigned; is it something like Skepticism, or maybe just My Dying Bride in a heavier way? I think that there is a bit of truth in such an analysis because the music really contains quite gloomy and repetitive chords and quite clear and gothic interludes of Funeral Doom. Well, now I would like to remember Pantheist. Though there aren’t any mood or performance similarities from Pantheist’s last CD, we can remember the early creation of the band like “O Solitude” and so on, then we would really score by saying that the bands are really somehow similar.
The main problem of Astral Sleep is not the monotony and use of clichés or being alike to other projects (well, it is somehow allowed for bands that play Funeral Doom), but an attempt to make Doom modern music. The second song is sung with clear vocals, I mean, poor, voiceless and boring male vocals that isn’t able to form any atmosphere and even destroys all the seriousness and integrity of the music. Such an attempt to connect the traditions of Metal and Rock is really justifiable when you extend the scale of suggestibility of emotions and the vocalists are able to sing both one and other genres, but here the vocalist rolls down to a school level Rock singing and also appeals to the epic Candlemass manner. As a result, we have at least one unattractive variant.
In conclusion, you can try if you are a serious listener of Death/Doom, but you shouldn’t be disposed optimistically - the work is average and doesn’t broaden the musical area of Astral Sleep.