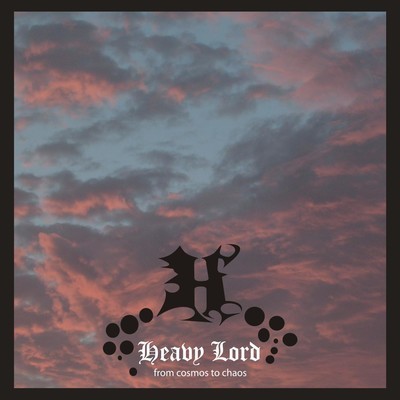 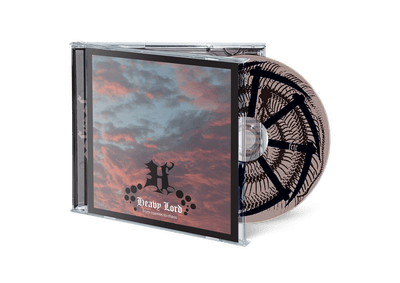 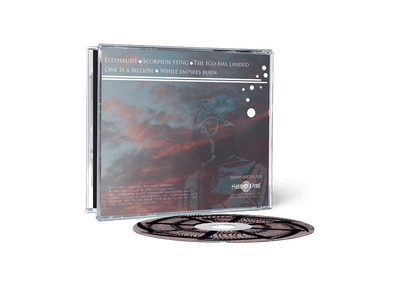 This is the second release and first full length of this Dutch Sludge/Doom Metal band formed back in 2002. Following the well-received “Holy Grail” demo 2004, this testament of brutality and heaviness comes. The music of Heavy Lord is very influenced by the whole nineties Stoner/Doom Metal phenomenon, that is to say, bands like Electric Wizard, Sleep, St. Vitus and Cathedral seems to be a huge influence on them, but we can’t talk about Doom Metal without the deserved reference to the mighty Black Sabbath… this case, isn’t the exception. The album starts with “Elephaunt”, the longest track of this album, with 11 minutes 15 seconds of Stoner groove, mid to crawling-slow sabbatical riffs, Sleep-like dope smelling atmospheres and an amazing vocal work, ranging from raspy Hard Rocking tones, low deep clean tones to deathly low grunts. Then “Scorpion Sting” comes with the most rocking piece of this album, the low tuned riffing drives the whole song with mid paced structures and catchy bass guitar lines, the vocal delivers the mentioned raspy, powerful vocals, this time mixed with insane screams, adding an interesting twisted aura (ala Burning Witch). The slow apocalypse continues with “The Ego Has Landed” a great eight minutes piece of sludgy Doom Metal, the Rock structures and guitar lines are mixed here, with the rawness of Doom Metal resulting in an accurate musical hybrid. “One In A Billion” continues with a thick piece of Heavy Doom Metal, with a predominantly inhuman vocal work that ranges from blackish shrieks, dead growls to semi grunted voices. The suffocating atmospheres of this song are only comparable with the most extreme Funeral Doom. The burial paced riffing only expands the claustrophobic sound. Closing this album is “While Empires Burns”, at this track the vocals are, once again an indisputable highlight, with a clean deep Mike Patton like vocals mixed with desperate screams. This is the obscurest track of this album, the sorrowful auras are complemented by the funeral paced guitars and the cadent drumming, while the bass add a huge profundity to the whole song… “From Cosmos To Chaos” is an impressive debut and highly recommended work, especially if you are into the most dense, crawling and muddy side of extreme music. (AP)

With a name like Heavy Lord it really isn't very hard to guess what sort of music this Dutch band plays. Yes - it's the oppressively heavy type of doom metal with sludge and stoner tendencies, influenced by bands like Cathedral, Eyehategod and Crowbar (and of course by the immortal Black Sabbath). Luckily, on From Cosmos To Chaos the band also displays a good sense of dynamics and knows how to vary things a little bit (think Acid Bath-lite) and the result is a record that although far from ground-breaking, is nevertheless quite enjoyable to listen and headbang to.

I suppose that when catering to a genre as niche as stoner/sludge doom has become, the key requirement is for the band to be quite apt at providing the audience with what they expect. Seriously, how innovative can you get with a style that remains relatively untouched by the outside world for 35 years? Heavy Lord isn't about to reinvent the wheel and they immediately let us know this by quoting a Sabbath riff in "Scorpion Sting". Instead, they focus on good song writing and this is where From Cosmos To Chaos shines. The musicians are also all very good at what they are doing, with special mention going to the vocalist, who is capable of providing both brooding, bluesy melodic singing and a real, deep death metal growl. My favorite moment on the album is when after a sudden explosion of speed in "The Ego Has Landed", the band launches into the relatively fast and extreme "One In A Billion".

So there you have it. It is possible to make a good album without being innovative, as long as the prerequisite of quality song-writing is fulfilled. Heavy Lord has a lot of that and From Cosmos To Chaos is a definite success. By doom fans and for doom fans, this album will probably be seen as one of the best in its genre this year.

Some people think I always start my reviews telling the style and the country of origin of the band reviewed. Well, to satisfy those self righteous souls, I´ll do my best and I won´t start these lines telling Heavy Lord is a stoner band from the Netherlands. Enough! Or too much? Nothing really impressive perceived through the listening of the 1´s and 0´s contained in this CD, except for some loose groovy guitar riffs here and there, pretty scarce for the taste of a demanding listener as I am. If I got into the body and soul of an average music fan I wouldn´t dislike “From Cosmos To Chaos” at all. Technically speaking and analysing the songmaking, this band is mostly correct. Heavy Lord alternate classic distorted riffs with other hazy dark parts to provide a certain prog feeling or something similar. The main lacks are: the low originality (something usual nowadays... perhaps the guys hadn´t creativeness as a goal...) and the boredom derived from some passages. Some songs are quite long and that fact stresses that dull element. To begin a stoner album with a 11 minutes piece is brave and dangerous, to say the least. It´s hard to be epic and succeed at the same time, and stoner doom is not an easy way to achieve it... As far as vocals are concerned, when they´re supposed to reach intensity matching crescendos of the music, the results are not convincing at all. Other tones used by singer Steve also fail to fit well in the music. Obviously vocals need more work... An average band still trying to find their own way into the scene.

This is Doom. And I don’t mean the sappy kind where you can make any reference to Gothic or epic whatsoever, but pure sludgy and groovy doom, build on a foundation of heavy riffs. The culprits are HEAVY LORD, from The Netherlands whom with this “From Cosmos To Chaos” have released their second album.

Next to the guitar work which can be seen as an extreme sludgy and heavy version of SABBATH-styled riffs HEAVY LORD uses a bit of experimentation to add variety. The vocals for example are usually pretty distorted and half sung/half growled but the second half of “Elephaunt” sees some really psychedelic singing over calmer music which works really well. “The Ego Has Landed” (song-title of the year!) has a brilliant sharp solo coming out of nowhere and continues with great groovy and almost galloping riffs. And “Scorpion Sting” in the beginning has an unmistakable “Children Of The Grave” vibe that works really well with their heavy kind of Doom.

Back to vocals – “One In Billion” has everything from shrieking screams to deep growls to desperate shouts and it always seems to fit their sound. Because there are only five songs on this 40+ minute album every one of them is lengthy with many different sections, all varying in quality, so it’s hard to point a favourite song. Nonetheless the variety is subtle yet real good but I can’t help but feel that this album reveals only a part of their talent; if they improve the songwriting they should be capable of even more interesting stuff!