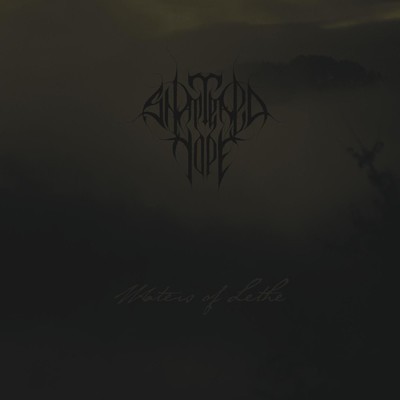 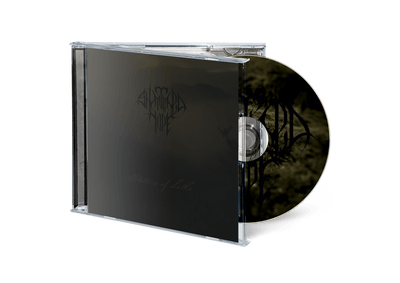 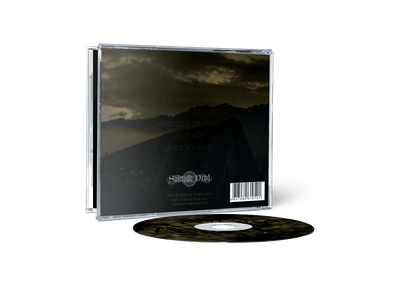 Greek doom death metal band Shattered Hope is back with their second full-length album aimed for surprising listeners. Musicians are moving towards radical depression and present six epic tracks, from 10 to 18 minutes each, which feed the atmosphere of impenetrable grave gloom. The music flows slowly just like the black waters of the River of the Dead, while rare midtempo interludes and melodic passages appear as islands which bring diversity to the lifeless extramundane landscape. Undoubtedly, this album is aimed for careful listening allowing to reveal the power and deepness of the work. Famous British master Greg Chandler (Esoteric) helped the band to embody this masterpiece in details by performing mastering at Priory Recording Studio (UK).

We remain in Athens, Greece! This time, things get crushingly slow with the funereal doom and death march of Shattered Hope and their release Waters Of Lethe out on Solitude Productions. There’s only six tracks on Waters Of Lethe and the reason why should be familiar to people who may have seen me review bands like Inborn Suffering or The Howling Void – each song easily surpasses the ten-minute mark, no question, and the last song sits comfortably at seventeen. That means this disc is like wading through a swamp of despair, with the wind screaming around you.

Each song is full of moments of sheer punishment and gloom, as well as the swells of beauty that often feel like an oasis in a desert, recharging the listeners as we lumber through each track, belabored movement and all. This is one of those discs for which you really need to be prepared for a journey, because it extends into the far reaches of an immense, barren landscape — yet if you are prepared, this is an albums that overcomes the incredibly difficult challenge of keeping a listener locked in place. It’s like having to crawl your way out of a pit that you’ve fallen into, and sometimes you’re just in the mood for that sort of crushing despair — something that Shattered Hope have had years to perfect, and they deal in it in spades.

The band are asking for $4 USD right now on Bandcamp for this disc, and it is easily worth it.

Shattered Hope’s debut, ’Absence’, was good melodic Doom Death, with the obvious flaws of any debut: i.e. the regurgitation of influences that have not yet been fully digested. In the case of the Greeks, one could mention both My Dying Bride and Saturnus as main influences. Four years later, with the release of ’Waters of Lethe’, the band still clearly shows where it came from, but with Doom much bleaker than the debut ever was.

Even if the main riff on ‘For the Night has Fallen’ could have been featured on one of My Dying Bride’s mid-era albums, even if the piano lines still have a Saturnus vibe to them, the production value takes Shattered Hope to yet another level. At times, with their sound being now more Funeral-ish, more atmospheric and raw, you could even draw comparisons with Ophis’ ’Withered Shades’.

Most may consider this turn of events an improvement over the band’s previous, more melodic, sound and much of it is thanks to the mastering by Greg Chandler, of Esoteric fame. He was undoubtedly chosen to personify the radical change wanted by the Greeks. To a certain extent, Chandler’s work has pervaded the songs so much that, in the end, they wear the Esoteric touch like a fine shroud: a garment that is light yet very palpable.

All six songs featured on ’Waters of Lethe’ go beyond the 10-minute mark and, because of their “new” roughness and the will to strip down their Doom Death, the songs display little to no progression at all. A guitar lead here or a piano line there is disseminated in each and every song, like musical motifs working as breadcrumb trails to help the listener stay focused and tuned to a songwriting that otherwise would sound rather generic, in spite of being well-rendered and produced.

’Waters of Lethe’ makes for an agreeable although not-unforgettable listen. The tracks show no intrinsic momentum, being aided by just a few purple passages dispatched here and there to keep us from drowsing, and, despite a great sound, Shattered Hope somehow failed to capture and convey enough of the “Doom” we all expect when listening to new records of the genre. The Atmospheric Doom Death tag suits them well, but I wish they’d opted for more emotional than artificial atmospheres, to keep me going back to them.