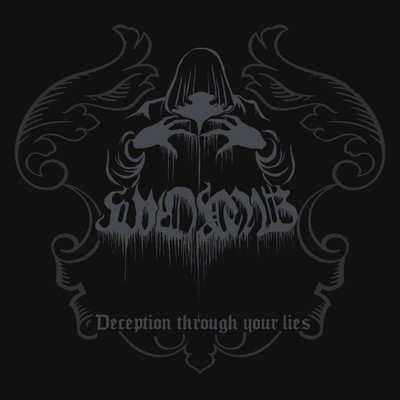 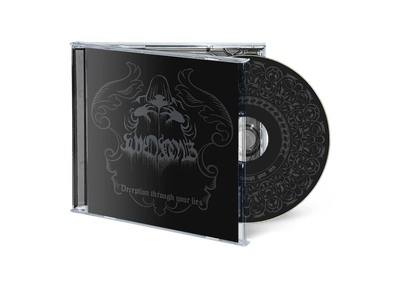 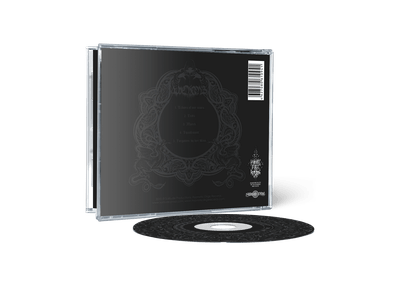 The debut album by the Spanish band Womb which finally found its physical embodiment in the form of a CD. In «Deception Through Your Lies» musicians move towards enrichment of atmospheric doom death metal by different techniques and methods, making the composition diverse and rich. Heavy but melancholic music filled with endless melody will appeal to anyone who appreciates not only the outer side of doom death metal consisting of catchy riffs and dense guitar sound, but also its sensual side awakening thoughts and feelings.

Concerning myself generally these days, amongst the realms of Doom at any rate, with all things 'Post', 'Sludge' and 'Trad', it raises both an eyebrow and a smile when one hears the periodic murmurs that any one of these particular scenes are running out of ideas and begining to stagnate in a lethargic soup of yesterdays riffs. For me the world of Death/Doom (or any other genre you'd care to name come to think of it) can appear equally guilty of this at times. Spain's Womb are probably not going to change my mind any time soon in that regard, but at the same time I never tire of being reminded why I fell in love with the nascent scene back in the early nineties, and their debut full length, 'Deception Through Your Lies', has gone some way in doing just that. Perhaps, paradoxically, it also brings to mind some of the reasons I moved away from that particular scene and back to the more Traditional/Proto sounding stuff after the turn of the millennium, feeling that the whole thing was begining to lose its edge.

If it takes a little time to get going, it is worth persevering with. Opening track 'Echoes of our Scars' begins as a slow keyboard led, funereal paced dirge which eventually opens out into a mid-tempo, melodically infused dance, bringing to mind the trance-like sadness of Alcest, who I was reminded of more than once whilst listening to this. The only difference being the vocals, which are for the most part, a rich low end death growl. Third track 'March' really adds some colour to the procedings as it romps along, equally epic and energetic, and yet at the same time losing none of the mournful introspection that Womb appear to be rather good at, even if they are a little repetetive with it too.

Penultimate track 'Equidistant' and album closer 'Forgotten by Her Bliss' don't really add much to the proceedings but neither, it has to be said, do they completely disappoint. By now, Womb's stall has been well and truly set out, and it appears they offer no hidden extras or clever suprises to pepper their stoical, depressive, and at times pedestrian Death/Doom with. Resplendent too, on occasion, with touches of My Dying Bride's early sparseness, they court this similarity as both a blessing and a curse. When it's done well, it's brilliant; but at the same time it is still only mimickry.

The raw and somewhat meagre-sounding production ably compliments the pain and hurt presumably contained within the lyrics and the lead guitars punctuate the music with early Ahab-like atmospheres. One or two quieter breakdowns do add a certain dynamic to the album and there are rare moments of cathartic emotional uplift where the band really do hit the Death/Doom nail squarely on the head. They just don't stay there long enough for my money.

Albums such as this are tricky ones to score really. Most of us will have heard it all before, and yet that shouldn't be held against Womb purely for the sake of it. I'm all for bands playing it straight when it comes to their chosen genres, but I'm not entirely sure how to sum it all up either. So why not add a point to the mark below if you love genre-savvy Death/Doom and nothing else, and take one away if you're not easily impressed or feel that innovation is the only thing worth anything these days. Whatever the outcome, Womb do find themselves very much at home with Hypnotic Dirge and Solitude Productions doing their distribution. Labels whose earnest desire to keep certain fires burning, regardless of trends, is more than commendable.

Spain is known for a lot of things; its history, its culture, its cuisine and even to some extent it has a respectable death and black metal scene. But I’m not sure sunny Spain is the country people thing of when it comes to despondent, depressive doom/death metal. Well, once again Canada’s Hypnotic Dirge (arguably the most aptly named label out there), is here to help, and has re released the 2015 digital debut from Seville’s Womb on CD.

Culling very heavily from the Scandinavian and British doom scene of yore, Womb has a distinctly Finnish sound; long songs with crunchy guitars, super deep growls and layers of rending melodies over patient, plodding riffs and a light gloss of pianos and cellos. It’s a perfect rendition of the style and one that I always enjoy, and I get a bit of a Pantheist vibe, but those that enjoyed last years My Dying Bride effort and Shape of Despair’s return, should definitely check this out.

Opener “Echoes of Our Scars” pretty well capture’s the band’s sullen mope perfectly with a delicate piano tinkle amid some lethargic crumbling and a little acoustic break and mood shift about 5 minutes in that’s very well done. “Ends” and closer “Forgotten By her Bliss” ( the band is dialed into the depressive theme as well as the sound as you can see from the song titles) all deliver some top notch, really despondent melodies that compete with anything from their peers as far as getting you right in the feels. But it’s not a complete drone fest as third track, “March” even has a more uptempo, but still rending burst and “Equisdistant” adds a bit of a mid paced chug towards it climax.

I’m not sure if Deception Through Your Lies is an EP or a short (for a doom album) album, but with 5 songs and on 35 minutes it goes by fast for a doom record with no super long songs, wasted moments or drawn out atmospherics, instead choosing wisely to go straight for the wilting riffs. The atmospheric moments are short and sweet by way of either a piano, under started clean female vocals (“March”) or short acoustic bridge. So in all an pretty damn solid example for the genre, and one I look forward to hearing more off.

Spanish death-doom band Womb (not to be confused with the US stoners of the same name) have gritted their teeth and given birth to an album of emotional intensity and interweaving melody.

Part of a triumphant new partnership between doom labels Hypnotic Dirge (Canada) and Solitude Productions (Russia), the debut album from this Seville-based outfit is a mixed bag of complex, sour doom metal. It is sometimes vast and spectacular, other times tangled and uncertain.

The media promo info promises “catchy riffs, dense guitars and a sensual side” – and at least two of these are questionable. Generally, the slowly twisting riffs are about as catchy as a mountain (although the epic standout track ‘March’ does have a certain memorable quality).

The guitar tones are frequently airy and crisp rather than suffocatingly dense or heavy. In fact, the album might be even more forceful and effective if some fuzz and/or low-end was added to the mix.

There is, however, a concerted effort to explore a wide range of emotions, which results in an album of scope, texture and imagination.

There are moments of sheer, ululating brilliance, such as halfway through ‘Equidistant’ where the gates of Hell open up and eternal woe is unleashed upon your ear holes. But there are also periods of drifting banality, such as the shapeless ‘Forgotten By Her Bliss’.

Getting this album released in physical format has taken an impressive global effort, and the world should be thankful to all those concerned. Not least of all the gifted group of misery-mongers who have given life to this finely-crafted and tasteful slab of Spanish sorrow.

Funeral doom is a genre that many avoid like the plague. Admittedly, it does take a certain mindset to look past the plodding pace and sometimes excruciating lengths that these bands utilize for each song. New Spanish doomsters Womb aren’t exactly your typical funeral doom marchers, which is probably why Hypnotic Dirge and Solitude Productions have teamed up to offer a physical release to the band’s debut, Deception Through Your Lies.

It must be noted that Womb’s brand of funeral doom is a bit easier to digest than some of the of the more prolific of the style. Rather than going for 10-15 minute tracks, the five songs on Deception Through Your Lies are much easier to focus on with 6-7 minute runtimes. It may not seem like a big deal, but it makes a significant impact (it really ‘cuts the fat’ so to speak). And while Womb does go by the ‘slow as a snail’ funeral doom mentality, there’s a bit more depth to it than just crawling riffs and super-low growls. For one thing, there’s a number of catchy little melodies that pop up in each track, keeping the music from tedium. The subtle keyboards in the background also add a little pizzazz, and when you take the melodies as they come (which is quite frequently) there is a pretty strong emotive impact that the songs generate. Even after the album stops playing.

Deception Through Your Lies takes the hallmarks of the funeral doom genre and spices them up a bit. If you enjoy the more atmospheric textures that the genre can provide, but need something more than the bare-bones structure, Womb should be on your short list of bands to get acquainted with.