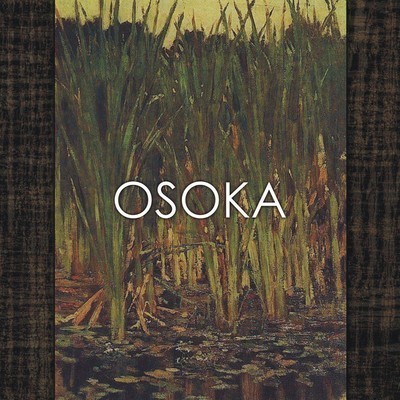 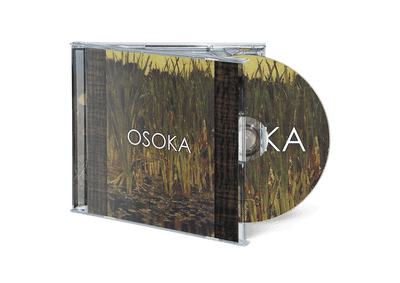 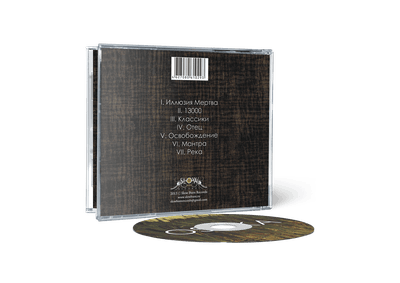 “OSOKA’s album serves seven tracks, which have settled in a niche between Postmetal, Drone, Ambient and Occultism. The overall atmosphere built up by the vocals is like a ritual mess.”

Osoka is a sludge/post-metal trio from Russia and this is their second album. After the monolithic “Едкий Дым” (a single composition of 45 minutes) Osoka comes back with an even heavier album. The eponymous album offers 54 minutes of ultra heavy and slow music, on the trail of older Isis, newer Neurosis, Khanate, Jodis, HALO and similar massive bands. On this album everything is distorted to the maximum. Guitars destroy with their monolithic riffs, the bass is incredibly heavy and has that good lead sound. The vocals are processed and sometimes sound as if a machine was singing, and the drums are so massive that you’ll be afraid of your speakers exploding. The lyrics are written in Russian and they sing about mantras, nature, Hare Krishna and similar themes. The entire album has a ritualistic atmosphere, as if it smells of sage. As much as it looks that this is just another copy, this band has a big dose of originality. We can say that these guys picked up the best from their influences, packed it in something different and added a lot of their unique ideas. Get this album and listen as loud as possible. HEAVILY recommended!
Slow Burn Records 27.06.2018, 11:01
Written by slow burn on 19 August 2013.
Review
Ave Noctum
6.5/10
18.08.2013

Little of it seems to reach our Western senses, but there really is a veritable hotbed of doom and drone down in the remote and impossibly vast country of Russia. Maybe it’s the humidity of the cities or the often subarctic climate that has inspired bands like Scald, Crepuscularia, Mental Home, The Morningside, Wine From Tears, Abyssphere, Burial Shades, etc. (the list is seemingly endless), but the numbers seem to be growing by the day. Together, they form an unbroken front of mood-makers that all take refuge in creating their own dark, sweeping soundscapes. Joining their countrymen now is Rostov-On-Don’s Osoka. They have set out to feed their populace on aching, sub-sonic, sludgy doom drone and complement it with strong, ritualistic chanting.

For this second album of Osoka’s, the band find a powerfully-resonant tone to their liking and absolutely refuse to budge throughout. There are moments in the duo of opening two-key droners where the silky-smooth vocalisations become almost viscous, sticking around long after they’ve finished. Essentially, the vocals are employed as an extra instrument, so there is a tendency for this to feel all too much like an album without a voice. However, that fact doesn’t reduce the bearing that the messianic chanting carries. There truly is a sense of it melting the music it touches. Either that or it harnesses the power to melt grey matter. Osoka resist the urge to throw in any harsh tones here – that comes later. These early moments are all about becoming one with the music.

Moving forward, there is the subtle kink of “Отец” or, in English, “Father”. This one provides sustenance with a numbing series of chugs that phase together to create a warm, buzzing sensation. Then, perfectly-titled, “Освобождение” (“Release”) is all about catch-and-release guitar strikes – from palm-muted crunch to resonant, open vibration and back into hold. The listener becomes the yo-yo at the end of the string. Senses are toyed with and discarded. Then, lurking at the end is “Река” (“River”). Once the full force of it hits you, trust me, you’ll stay down. A proper whitewater ride, it carries the determined force and labyrinthine qualities of Isis and the heaviosity and dynamic range of Khanate. At the five-minute mark it becomes irresistibly metallic and impossibly oppressive.

What you’ll find with Osoka is that if you don’t give everything over to absorbing the music, it will test your patience and perseverance to the full. However, let this beast burst your dams and it may just be the one to crack your internal depth gauge. Catch-22. For those with a strong constitution for conformist trance-inducing drone, perhaps those that survived last month’s occult Dark Buddha Rising release, there is still plenty to admire in this single-minded atmospheric, unsurprisingly minimalist music. Nurse, it’s time for my vodka. на здоровье!