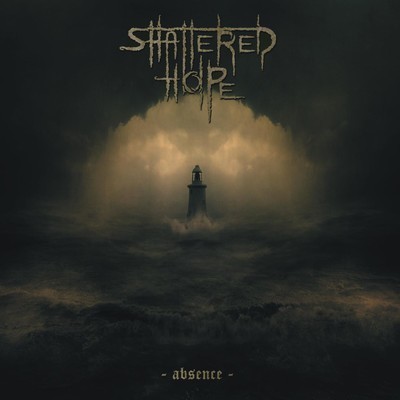 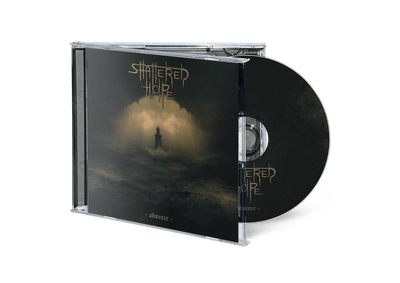 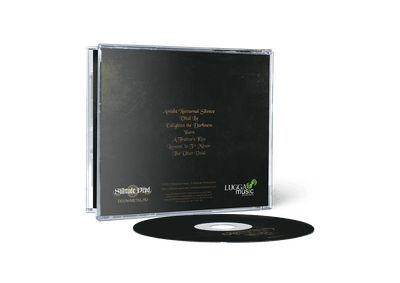 The first full-length album of a Greek band representing the result of a long artistic way. High-quality atmospheric doom death metal in the very traditions of the genre features outstanding melodies, musical diversity and virtuosic performance. Additional vocals feature guest appearance of frontmen of such bands as Saturnus and Ataraxie. An instrumental part includes guest appearance of violins and cello.

I know Shattered Hope from Greece since their 2005 demo, at that time they were playing a very atmospheric version of death/doom metal in the vein of My Dying Bride of mid-90's.
Now after five years we have a mature band that wants to express the full potential available in their first full-lenght album, 'Absence' for russian label Solitude Prod.
And it's soon clear that all the time passed has been very productive for the songwriting of the band, since now they have their own sound, that starting from classic death/doom it winkles sometimes to funeral doom, sometimes to death metal, into something more personal and detailed, without forgetting the influences of the past.
Melodies and atmospheres ("Vital Lie"), aggressive parts where we have up-paced tempo ("Yearn") or the long and final "The Utter Void" that can easily sum up all these features of the greek band. If sound has been a little developped, the lyrical asset has remained the same, I'd say the typical impersonal and existential issues related lyrics, quite boring indeed, but music itself is more than enough to let us enjoy more than one hour of pounding doom metal!

This is the debut full-length from Greek six-piece Shattered Hope, they have also released two demos. The music is best described as melodic and atmospheric Death/Doom Metal, although there are hints of both classical Doom Metal and Funeral Doom. The music is. Of course slow and quite diverse, besides the heavy riffing there is a lot of different things happening. They infuse the music with both keyboards, violin and cello, as well as several layers of melodic guitar work. Interesting stuff, very dark and sombre and very atmospheric.

Yet another doom/death metal release, this time by Greek outfit Shattered Hope, that shows some potential as well as tight execution of its musical ideas -- which are not that many on this album, unfortunately.

Currently, however, with this release the band has little to offer in terms of originality or thinking outside the box of the whole doom/death metal etiquette. That being said, when pondering upon the issue one might conclude there haven't been in recent years that many doom/death metal bands that actually pushed the sub-genre's boundaries, that boldly explored alien territories, yet still kept their pants on so-to-speak. Alright, maybe the Polish oddity Nightly Gale, but who else, really?

In that regard, Shattered Hope belongs to a clique of bands that have almost absolutely nothing to say, other than displaying how well they maneuver their musical instruments, if even that. The riffs are all reused, the melodies effective yet evidently rehashed, the atmosphere superficially great but rapidly dwindles towards the plastic.

If you're a nut about romantic doom/death metal and must own every new love-making soundtrack being released, then by all means knock yourself out and pick this album up -- it will quench all your romantic thirsts and hunger for simple, non-challenging melodies. However, if you are into real, heart-wrenching, novel sounds that leave a mark long after the last sounds have died, I'd strongly recommend you seek elsewhere.

This is the first full-length of this Greek band featuring guest vocals from the frontmen of Saturnus and Ataraxie creating a colossal atmosphere of dread and isolation. The keyboards play like a piano as opposed to a synth adding this ethereal quality that just broods sadness and desperation as the gutteral vocals bring in the evil and darkness that makes this genre its own. The epic closer “The Utter Void”, clocking in at 18 minutes is the sole reason to buy this album if it really needed a push… classic epic doom with gutteral vocals and lots of dynamics!!!!! Coming form someone deeply into Solitude Aeturnus, that should last sentence should hold some weight. Definitely another one next to the other two that needs to be heard, you can even make out the dark poetic lyrics which makes it even more rewarding.