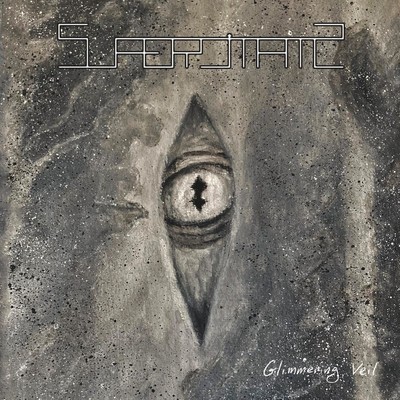 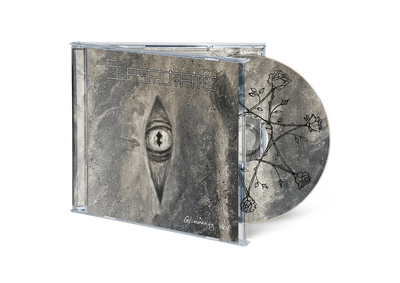 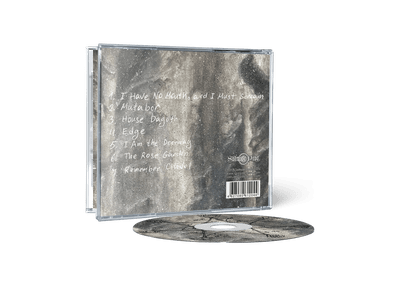 The second album by the Irish band Superstatic founded by Rustam, the founding member of Rakoth and Umbral Presence, who also used to play bass in Cruachan. The name of the band is derived from the debut Rakoth album, "Superstatic Equilibrium", however this time Rustam (under the name of Alex) has turned to doom death metal. On "Glimmering Veil" the music leaned more towards funeral doom metal, became darker and more complex, incorporating elements of horror. At the same time lyrics are based on works by Harlan Ellison, Wilhelm Hauff, Stephen King and Arthur Machen, and videogames Morrowind and System Shock 2, which makes listening to "Glimmering Veil" even more interesting and unpredictable.
Guitar parts were performed by Sergei Lazar (Arkona, Rossomahaar), who has also mixed the album. The album was mastered by Tom Waltz, known from his work with Venom, Annihilator, Dopethrone and many other artists.

Glimmering Veil is the second album by the Irish band Superstatic, and you’ll have difficulty finding a 2021 record that’s as simultaneously unnerving and fascinating. It’s a work of extravagant and unpredictable imagination, labyrinthine in its movements, fantastically textured in its sounds, and both deleterious and awe-inspiring in its moods.

It extends through seven long tracks across one hour and 12 minutes, but never allows the listener’s attention to wander. To borrow from the following review, we can recognize downcast and distraught human emotions in the music, but really, nothing sounds truly eartb-bound.

“Death/doom” is the simplest label one might affix to the music, but it would be an absurdly simplistic label, unless perhaps you add “avant-garde” or “experimental” as another descriptor, as a way of hinting at how wide-ranging the experience becomes.

We have a lot more to say about the album below, but beyond the torrent of linguistic impressions we also have a full stream of the album in advance of its imminent October 15 release by Solitude Productions.

Borrowing from the treasured Harlan Ellison, Superstatic named the opening song “I Have No Mouth, And I Must Scream“, and first released it with a video (which you’ll find below). It begins with slow, immense pounding coupled with raw, abrasive chords, low growling bass tones, high ethereal shimmering sensations, and macabre crocodile mutterings. The effect is eerie and ominous, but proves to be the prelude to a cataclysm of sound — a dense mass of marauding riffage, earthquaking low-end upheavals, and vicious vocal assaults.

The song continues to morph between these two sensations — the titanic crushing impacts and the paroxysms of violence, with quivering and screeching arpeggios lacing the slow detonations with shrill sounds of unearthly misery and derangement, and bursts of rapid-fire drum assaults continuing to fire the pulse during the more chaotic and mauling phases.

As openers go, “I Have No Mouth…” is riveting, and even perversely entrancing despite how brutally destructive and mentally unnerving it is. But the rest of the album is if anything even more unsettling and enthralling.

Depending on where you find yourself, the riffing slithers and becomes poisonous, whines like abandoned children, gouges and chews, darts and cavorts, jitters in frenzies, and jolts like enormous jackhammers. High wailing sounds and deep, solemn and soaring chants create hallucinatory moods of occult ritual and ghostly horror that chill the blood. Wafting arpeggios channel sanity-destroying grief, and glitter like gold.

You will hear bursts of flickering electronics, mysterious tones that resemble a bassoon, the pulse of a beating heart, the buzz of hornets, the sounds of a bass scraping against stone, a piano and violin duet coupled with dulcet singing, and celestial ambient radiations that create a feeling of spectral wonder.

In its rhythmic variations, the songs heave and stomp, crawl like giant dying beasts, and thunder in seemingly world-ending cataclysms.

The music becomes vast and void-like, immense in its terrifying magnificence, but also cramped and claustrophobic or barren and desolate in its manifestations of hopelessness. All these variations, and more, persist in drawing the listener forward, ever deeper into the terror realms that Superstatic have created on the other side of their glimmering veil. We can recognize downcast and distraught human emotions in the music, but really, nothing sounds truly eartb-bound.

With few exceptions the album is not a warm or welcoming experience, but it’s undeniably ingenious and indeed relentlessly fascinating, completely captivating from start to finish despite its significant length. We urge you to carve out the time necessary to listen to all of it:

Superstatic was created by Rustam, the founding member of Rakoth and Umbral Presence, who also used to play bass in Cruachan. Guitar parts on the new album were performed by Sergei Lazar of the band Arkona (and he also mixed the album), as well as band-members P.C. Stevens and Erwin Ryan, and Tauro Alterfour gets credit for the terrific drum performances. The alien angel voice was performed by Cynthia Voland.

The lyrics were based on works by Harlan Ellison, Wilhelm Hauff, Stephen King and Arthur Machen, and the videogames Morrowind and System Shock 2.

The album was mastered by Tom Waltz, who used to work with Venom, Annihilator, Dopethrone and many other artists, and it features artwork by Jane Dickson.

The song is based on Harlan Ellison’s eponymous short story. First two verses are a quote from the story. The main character is a military artificial intelligence called AM that gained consciousness and eradicated mankind. It left five humans alive to torture them eternally.

The song is based on a Soviet short animated movie “Caliph Stork” which, in turn, was based on an eponymous tale by Wilhelm Hauff. “Mutabor” (latin for “I shall transform”) is a spell that, combined with the effect of magic powder, transform a human into any animal (and the other way around). If someone turns into an animal, and laughs while being an animal, then that person will forget the magic word and stay an animal forever.

The song is based on a CRPG The Elder Scrolls III: Morrowind. It is actually a prayer of a disciple who awaits the return of Dagoth Ur. Special effects in the song (creepy pads, whispers, flies etc) are sampled from the Sixth House caverns in the game.

This is actually a death/doom version of the song “Edge” from Rakoth’s album “Tiny Deaths” from 2003. It’s not a cover, I was the composer and the lyrics author back then.

The song is based on Stephen King’s eponymous short story. The main character is a former astronaut. Something is trying to break into this reality through him. It all started with the eyes appearing on his fingertips…

The song is based on Arthur Machen eponymous short story. At first the story looks like a romantic tale about young lady in love with a gentleman, but it’s actually about an occult apprentice (the girl) and a teacher (the man). The album title (“Glimmering Veil”) is taken from this story.

The song is based on System Shock 2 video game. All samples are from the game. Female voice is mainly SHODAN, the malicious AI. The lyrics, actual vocal parts, are from the perspective of The Many — a biological hive mind created by SHODAN. They are trying to talk to the game protagonist, nameless marine.