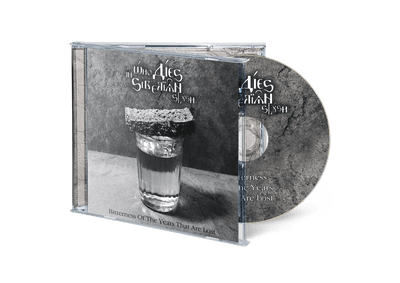 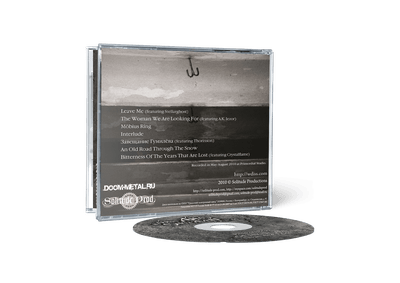 Wow, pretty unique band’s title! Moscow city bring us first full length during these seven years of existence! The line-up consisting with various known doom metal musicians, and I was sure that I’ll hear some good stuff. And all my expectation become true! Seven songs of great dark doom metal. Not too funeral, but veeery near to, with pressing, measured, slow tempos, massive rhythm-section, good devilish vocals and that atmopshere of total darkness! Thx some keys their music become yet more darker and pressing, with all those tempo-changes and thresholds. Excepting of pressing hard doom metal rhythms we also are able to enjoy by great solo guitar, which make really memorable sounds! The guys did awesome job and worth to be heard by masses of sad doom metal freaks! At the end I’ll just recommend this record to fans of atmospheric and funeral doom metal!
Solitude Productions 23.04.2011, 14:59
Review
Diabolical Conquest
8/10
17.04.2011

Who Dies In Siberian Slush (WDiSS) are walking the seam between funeral doom and doom/death, adhering to the melodious family of bands working in this sub genre.

Now, WDISS are eroding the immediate definition of funeral doom versus doom/death, because they cultivate and exercise faculties that could be attributed to both sub genres, which are close enough as it is and sometimes rather confusing to begin with. One would display monstrous vocals and ultra slow drums emphasized by the heavy burden of the guitars while the other would be implementing heavy guitars, ultra slow paced rhythms and a deathly grower of the most extreme fervor. Get it? If you don't, it's completely comprehensible, since this reviewer has just described the very same faculties for both sub genres, emphasizing how difficult it is to discern between funeral doom and "plain" doom/death.

So where does the difference between the two lie? For the most part it is purely subjective, or conceptual, if you may: the atmosphere or the "feel" that the music emanates; while funeral doom bears more 'spiritual' or 'transcendental' characteristics, pure doom/death – if there even was such a beast – is more earthly-bound, primordial and "primitive", so to speak…

You'd be the judge here, if this review will have tickled your fancy and actually maneuvered you from your apathy to actually seek this album out and listen to it. God damn – listen to it!

Bitterness Of The Years That Are Lost (BotYtaL) is a mammoth of an album; ferociously heavy and relentlessly dark, stern and bitter, beautiful and eerie, and just to add the cherry on top of the frosting – it is magnificently executed.

From the plodding grand opening, to the song writing, to the Septic Flesh-like monumental vocals, to the delicate and wise choice of keyboard exploitation, BotYtaL exhibits the sub genre's most generic characteristics (which sub genre, you decide), almost by-the-book doom metal of the radical kind, but it also reminds us all that if an album in this field of music is done right, when every aspect of it is taken to the most extreme, if not excessively so – then you'd quickly forget its being derivative and enjoy it non the less, as is the case here.

So yes, indeed, this reviewer hasn't heard anything new WDISS have got to offer on this recording, but the mere fact the band cling so well to the sub genre's aesthetics, manipulating them in such a way all the stylistic superiority of it awakens and hits you hard in the stomach and groin, one can not be left unscathed, unbeaten or indifferent towards these majestic yet obnoxious, necrotic, necrophiliac and romantic sounds of decay and desolation.

Equipped with a huge, surgeon's-knife sharp sound allowing all instruments to shine, coupled with the most melancholic riffs and that monolithic monster of a vocalist, devoured by melodic, otherworldly keys and a choking atmosphere – BotYtaL is a treat for any doom/death fan out there.

This album will make your cynicism disintegrate, your ears happily bleed and your dormant emotions spark with renewed, hateful vitality. Crank the volume up, a bottle of hard liquor at hand, a bleeding heart ready to explode with nostalgia and regrets, and listen to this monstrous beauty…

his is the first official album of the band with the great name, 'Who Dies in Siberian Slush.' Some tracks were on early demo recordings but now they are finally recorded with the power and production they deserve. Recording and mastering was performed at Primordial Studio where Abstract Spirit, Revelations of Rain and Comatose Vigil have also recorded. 'Bitterness Of The Years That Are Lost' is uncompromising album combining Doom Death and Funeral Doom in the vein of My Shameful. The album features the guest appearance of vocalists of Comatose Vigil, Amber Tears, Elnordia and Abstract Spirit. The only word to sum up this album is sadness, this is a devastating, emotional album of lamenting misery that is all about the atmosphere and not much else but if you enjoy being swept away by depressing ambient music, then I guess this might be for you.

Unfortunately, however the band doesn't bring much to the funeral death doom table, musically speaking. It's pretty much standard funeral doom that has been done before a million times and lacks any kind of innovation but they get full points for conveying emotional, sad atmospheric music. All the usual funeral doom trademarks are here, sloooooow tempos, distorted down-tuned guitars, death-metal vocals and melodic guitar solos which sound pretty bland to me. It is like they are trying just a bit too hard at being emotionally deep and in turn have churned out some cheesy melodies. When it does work though, this is a very skilful, slightly suspenseful slab of tragic funeral doom that is akin to watching a very long murder, torture or rape scene in a movie. It might me morbidly entertaining for the first few minutes and then it gets seriously depressing. The lyrics are not exactly uplifting either...

You are drifting so far in your boat of indifference
You are like my dope-fiend friends
Who died and deserted me in the end
So many die, so many make me sad ( The Woman We Are Looking For )

As you can see, the lyrics are not exactly the stuff of brain-surgery and are clichéd and cheesy but they do suit the overwhelmingly bleak melancholy of the music which is constantly stark naked in terms of guitar dynamics. The only other element within the band worth talking about it the use of piano which is in sharp contrast to the sound of heavy, distorted guitars. The rest of the instrumentation is just there filling out the sound and not doing much else. It sounds like the band are good players but there is nothing on here to get too excited about, it basically follows the death/doom and funeral doom formula to the letter. This is not a bad album at all but with so many other doom bands out there playing the same style and doing something a bit more interesting with it, this one is bound to gather dust pretty quickly. Have a listen to them on their Myspace before forking out the cash for the album would be my advice.

Formed in 2003 as a one-man-band, WDISS recently became a full line-up band and signed a deal with Solitude Productions. The first child of this marriage is their debut album, a 7 tracks release lasting for 45 minutes of Funeral Doom Death. The music is sad, depressive and melancholic and not so repetitive as I have expected it to be. There are some good piano insertions here and there just to make the whole more interesting, but for me the best part of this release, although I usually don't read lyrics, is how the lyrics are layered, the guy who wrote these has some talent indeed. So all in all this is a very d