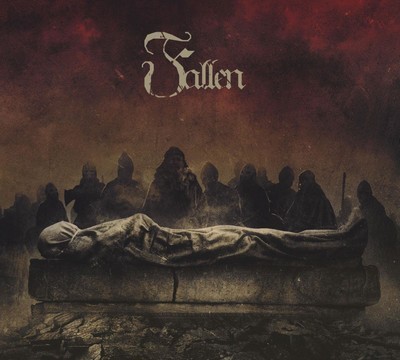 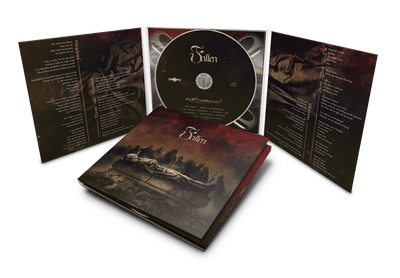 Solitude Productions is proud to present an anthology of Fallen! Established by the members of the cult Norwegian band Funeral, Fallen have released in 2004 the only one full-length album "A Tragedie`s Bitter End" with a very limited number of copies. After numerous excited reviews from fans and special magazines the musicians began to prepare material for a new album, but after the tragic death of guitarist Christian Loos the activity of the group has been stopped. However, the two tracks that the band managed to record for the new album were preserved, and this 23-minutes long material is added to the original album "A Tragedie`s Bitter End" in this special release. Now every fan of the genre can listen to all the stuff ever being recorded by Fallen. Those who have not yet heard the Fallen, will meet the unique and inimitable music: a harmonious blend of pure low majestic vocals, ideal for traditional epic doom metal, low tuned guitars, typical for funeral doom metal, atmospheric keys, and tunes capturing the imagination. The anthology comes as a beautifully designed six-panel digipack.

Asphyx says:
Put away all your trivial duties, unfold your minds and keep calm your souls. The FALLEN is here with its new compilation of sad songs. Funeral doom metal in this delivery is very cold, sad and it tells a story about the last things of a man. The classic songs, traditional cold atmosphere. I would suggest this record to people who like to spend long hours on grave trails. These songs are accurately build and they slowly rise, the voice preludize like a priest during the last prayer. I can hear the bells! Who is the next in line? Everyone has to go to the land of shadows someday and the FALLEN prepares us very good for it. If you love autumn, rainy weather, cold inside of your bones, falling and dying leaves, you will spend a lot of time with the FALLEN. Welcome to the funeral dinner where the new album by FALLEN is served.

After ten years of being stuck in obscurity, the mysterious works of Fallen have been unearthed by Solitude Productions. Tying in my review of the re-issue of Funeral's second album, 'In Fields of Pestilent Grief', it is nothing short of a pleasure to write of this material as well, which I have always been fond of.

Fallen was the brainchild of Anders Eek, the drummer and one of the main songwriters of Funeral. After the release of their album, 'Tragedies', Funeral drifted away from their extreme roots towards a more accessible, aggressive style. Eek started Fallen to carry the torch of the band's harsher, slower, more harrowing early works. Kjetil Ottersen and Christian Loos, who were also members of Funeral at the time, came aboard and thus, the album 'A Tragedy's Bitter End' surfaced in 2004. After the release of the album, Christian Loos tragically passed away and Kjetil Ottersen moved onto different projects, leaving Fallen in an indefinite hiatus.

Without further ado, I will delve directly into this forlorn opus of gloomy, majestic Doom. Fallen's music plays at the speed of a crippled horse, and weighs down like two million anchors. Haunting, lumbering dirges of Funeral Doom resound with a thick guitar tone, resonant drums, glorious organs and symphonies, and some of the most daunting clean vocals one could imagine.

From the beginning of 'Gravdans', one becomes aware what kind of album they are submerging themselves into almost instantly. A triumphant prelude of symphonies and flutes ease the listener into the mire of the first downtuned, tragic riff. The guitars blend soothingly with the synthesized instruments as the solemn voice of Kjetil enters. While one could potentially expect some gurgling deep grunts, they are instead greeted with this odd, droning baritone singing voice which, while more melodic, ultimately does not make it any more accessible than harsh vocals could have made it. Kjetil's singing is very cold, numb, and Stoic, and his tone is so deep that it could be compared to what it would sound like if Peter Steele were to have become a monk.

The guitar tone on this album is gravelly and considerably sludgy, with the rhythm guitar taking a significant dominance over the lead melodies. Though the keyboards and vocals are placed in the forefront, the distorted harmonies created by Kjetil and Christian are given a considerable amount of time in each track to shine as well. The drum lines are simplistic, yet the tone is crisp and resonant, as if Eek were to have recorded his parts inside of a stone monument.

The mood of the music alternates with the tracks. On 'Gravdans', 'Weary and Wretched', and 'Drink Deep My Wounds', a very mournful and lonesome atmosphere is created by dreary guitar melodies and apocalyptic sounding synths. 'Morphia', 'Now That I Die', and 'Persephone' are all considerably more sinister, introspective, and even somewhat hopeful sounding in comparison. The latter three in particular seem to have a slightly more Gothic-inclined sound (the lattermost actually being a cover track of Goth/Darkwave giants Dead Can Dance), almost seeming akin to a more extreme interpretation of something you would hear from 'Like Gods of the Sun'. Breaking up the two different sides are gentle piano interludes; 'To the Fallen' and 'The Funeral'. Though I'm not typically a fan of non-metal interludes in metal albums, I do have to say these pieces are nice to listen to, as they are skillfully played and appropriately reflect the mood of the music. While 'To the Fallen' carries on the somber mood of the two songs which predate it, 'The Funeral' is more solemn, dark, and menacing.

Ultimately, what helps the album to really shine is the lack of harsh vocals. Though Kjetil's voice isn't all that melodic, and even drifts out of tune from time to time, it gives the music much more personality, whereas harsh vocals would have made the music seem too much like another rendition of 'Angels of Distress'. While Ras Algethi, Pantheist, and the earliest releases from Funeral were known to combine monastic clean passages with harsh vocals, I feel as if this is one of few instances in which Funeral Doom is played with a complete lack of harsh vocals, without the music losing its intensity. I find that this album, as well as Murkrat's 'Drudging the Mire' are essentially the only albums to pull such a style off.

Unfortunately, Kjetil Ottersen and Anders Eek seem to not make music together anymore, which has caused Fallen to fall (pun intended) into an indefinite hiatus. However, as Eek has continued to churn out some decent Gothic Doom with Funeral since the initial release of Fallen's material, Kjetil has moved on to stellar projects such as Omit and Vestige of Virtue, which also pull off clean-sung Gothic/Atmospheric Doom in a similar vein as Fallen, but with a more romantic, Neoclassical approach. Overall, this album is a forgotten piece of tragic Gothic/Funeral Doom which, while perhaps wasn't quite groundbreaking enough to make a huge wave in the Doom world at the time of its release, deserves to be reminisced as a classic piece of depressive Norwegian Doom. Fans of My Dying Bride, Funeral, and Shape of Despair will surely take a liking to it.

Fallen was a small side project from Norwegian funeral doom legends Funeral that released their only album almost a decade ago.

Stylistically, they werestill lingering in the funeral doom genre, but what made it quite different from their main band was the minimalistic approach and the deep, but clean vocal style. Funeral by then had moved into far more melodic and varied fair. This rerelease also boast 2 unreleased tracks “Drink Deep My Wounds” and a cover from Dead Can Dance, a band that has influenced most doom bands that started out in the nineties in one way or another. Guitar player Christian Loos passed away the same year. With Anders Eek the only remaining member in Fallen , it remains to be seen if there will ever be a follow up. Never the less, this somewhat overlooked gem was more than due for some renewed appreciation.