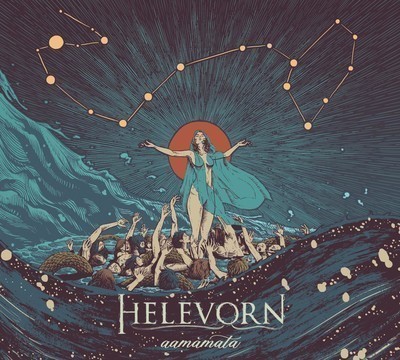 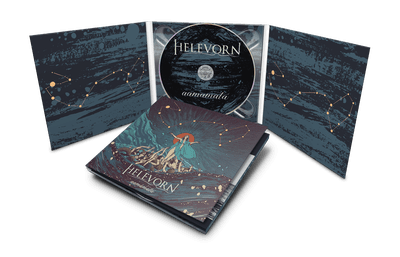 Early this year, Spanish Helevorn released their fourth album, its first release in over four years.

I got a liking for the previous album, and the Spaniards didn't let me down this time either.

The description of Compassion Forlorn pretty much covers the basics of the band's music, which hasn't changed significantly since last time neither. Allow me to present a rough sketch of Aamamata nonetheless.


Once again, it is a gentle, melancholic form of death/doom that meets the listener. A bit more gentle than last time, actually. There's a lot of clean vocals on Aamamata. And some female vocals too. At the same time as the use of rattling guttural grunts is toned down. The feminine song is somewhat sparingly used for singing, but do as well appears as part of hushed choirs here and there.

The perception of “gentleness” might be due to the fact that the expression ain't quite as heavy. The pace of the compositions is calm, but not as sluggishly slow. The sound is resounding without exactly being thunderous. One could say that most aspects of Aamamata are somewhat rounder and milder.

Nice and pleasant melodies drown the listener in varying degrees of melancholy and hope. Although the tristesse may not be quite as deep and profound as before, there's still no sunny affair that unfolds. There might be light at the end of the tunnel, but the light is grey and gloomy, for when the mental clouds clear up, it still rains unstoppably from an overcast sky outside the tunnel.