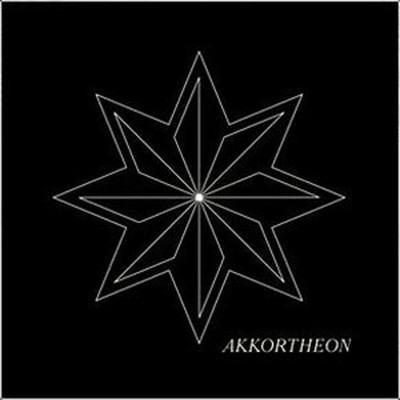 For the first time the third person has broken through into the NORD"N"COMMANDER creativity in the album called "Akkortheon" (2005). This third person is Accordion. Just the name of this musical instrument is played up in a mystic spirit in the appellation of the material. Almost all arrangement is based on accordion riffs and solos which are dashed with declamation, a drum computer and sometimes a sampled choir. The participants of NORD"N"COMMANDER themselves call the style of the album "quasi funeral doom". Nevertheless guardians of "funeral purity" should not get disappointed. Lack of "guitarism" does not disturb but, on the contrary, peaks sombre, "enshrouding" colour. With what does this album enshroud us? With clouds, fogs and primarily with lava. "There are empyreumatic graves inside volcanos. I am gazing into them and picture to myself my nature without flaws. Creatures from Beyond live here. But I try to dissolve myself in lava. And lava is rolling away from me again. It seems that I"m desolating myself. Maybe this process is my mask, maybe the mask is me. There is empyreumatic graves inside volcanos. Waiting for a next Stream of lava... I"ll sink into it and I"ll live for ever". The above is an interlinear translation of the Russian-language text out of the album. This lava is not only a material substance but something more subtile, something combined of ancient memory and anticipation of this memory in aftertime. Just a flavour of lava can be revealed in accordion sound and vocal - melodics of language multiplied by melody of notes. Voices of Equinox... The glow of dying embers... Membranes of leathern wings... Generally speaking we are initiated into a plot. Taste it!