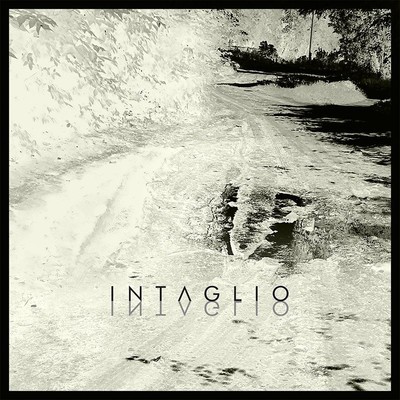 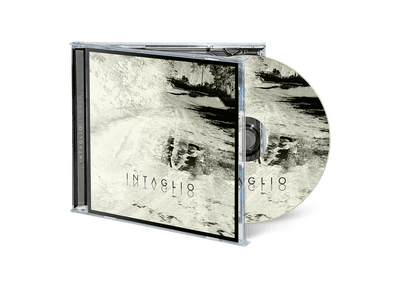 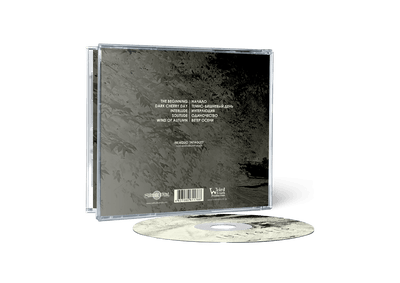 A reimagined version of the self-titled debut "Intaglio" album originally released in 2005. The new version contains parts and sounds that were not included in the original version of the album, which is now in their place as originally intended. Every second of all the original source tracks underwent restoration and processing using top-class digital and analog equipment. Moreover, for the new version of the album, all drum parts were live recorded, without the use of triggering and sampling technologies, which is very rare nowadays. The album was restored and remixed by Evgeny Semenov (When Nothing Remains, Woe Unto Me, Sorrowful Land) at Slow Burn Studio, mastering was performed by Mika Jussila (Shape Of Despair, Isole, Unholy, Moonspell) at Finnvox Studios.

On the 15th of October, 2005, Solitude Productions released the self-titled debut album of the Russian band Intaglio (also known as Инталия). The album made a deep impact, not only because Intaglio were one of the earlier pioneers of funeral doom in their homeland but also because the music created such a powerful and memorable amalgam of crushing weight, desolate atmosphere, and profound melody.

It is thus entirely fitting that on October 15 of this year, on the album’s 15th anniversary, Solitude Productions and Weird Truth Productions will be releasing a very special “reimagined” edition of the album. As they explain: “All the original source audio tracks have undergone restoration and processing using top of the line digital and analog gear. In place of the original version’s programming, all drum parts have been live recorded without the use of any triggering or sampling technology. The album was restored and remixed by Evgeny Semyonov (When Nothing Remains, Woe Unto Me, Sorrowful Land) at Slow Burn Studio, and mastering was performed by Mika Jussila (Shape Of Despair, Isole, Unholy, Moonspell) at Finnvox Studios.”

The results of this careful work are stunning, and an experience that no fan of funeral doom should miss. We are very happy to give you the chance to experience it today through the premiere of a full stream.
https://www.youtube.com/watch?v=uNE6_jXzE2s

Of the five tracks on the album, two are shorter — “The Beginning”, which sets the stage at the outset, and “Interlude”. In between those two tracks comes the 13-minute “Dark Cherry Day” and following “Interlude” are two more tracks of significant length, “Solitude” and the closer, “Wind of Autumn”.

The striking clarity of the music’s ethereal aspects is announced immediately through “The Beginning”, a soulful and dreamlike piece that seems like a wistful reverie. And thus the contrast presented by the opening of “Dark Cherry Day” is staggering in its impact. The methodical drum blows sound like the detonation of bunker-busting bombs, while the sonic weight of the jagged-edge chords is immense. The slow, moaning melody channels a mixture of crushing grief and wrenching pain, a combination reflected in the range of harsh vocals. Yet the ethereal aspects of Intaglio’s sound shine through in the ring of crystalline guitars, whose effect is mesmerizing, though shadowed by a distant approaching storm.

There is a sense of struggle within the song, a beautiful, plaintive appeal in the chiming notes juxtaposed against the cold, oppressive, distorted clang of the riffs and the clobbering punishment of the drum and bass strikes. That juxtaposition is what makes the song so hauntingly seductive and yet so harrowing.

While one might expect the instrumental “Interlude” track to return to the timbre and sheen of “The Beginning”, it is instead another amalgam, a hybrid of gleaming lights and immense mountain crags drenched in shadow. It succeeds in deepening the tragic spell that the album has been casting, offering glimpses of hope but without forgetting the likelihood of hopelessness.

In the two long tracks that close the album, “Solitude” and “Wind of Autumn”, Intaglio continue working with the ingredients they so carefully and assuredly deployed in the preceding tracks, proceeding ahead in the steady and staggering march of great leviathans to their burial grounds. Celestial notes create visions of splendor just beyond reach, and shivering tones become the sounds of fear and weeping. The impact of the low-end chords and pavement-splitting drums remains devastating. And the reverberating melodies remain simple, but tremendously evocative and no less spellbinding.

This is funeral doom of a very high order, meticulously crafted and expertly executed, and successfully standing the test of 15 years’ time. It wears its heart on its sleeve, encapsulating a range of very human emotions confronting the frailty of life with haunting power, and also raising looming obsidian monuments of despair and death, too towering to climb and too massive to circumvent.